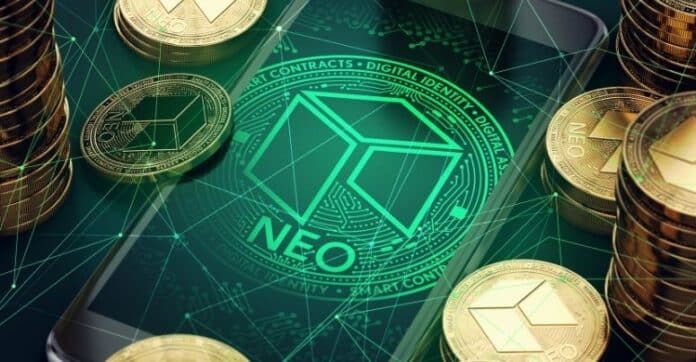 It is a network of the smart economy where the sole purpose of NEO is to trade, circulate and register different types of assets on its blockchain. Erik Zhang and Da Hongfei developed it, and users can store and exchange digital assets on this platform. It was initially known as AntShares and later rebranded as NEO in 2017.

It hosts smart contacts, a self-executing agreement for exchanging digital goods and assets. On this platform, transactions are verified digitally without any third-party interference. Moreover, the contracts are written as computer codes and stored on a blockchain. Interestingly it also supports dApps.

Many analysts find similarities between NEO and Ethereum. However, the advantage of NEO is that it allows smart contracts to be written in different programming languages, including Python, Java, and C#, but Ethereum allows only one programming language.

NEO transactions are faster than Ethereum, so many developers use the NEO network as an alternative to Ethereum. There are two types of tokens on this network- NEO is behind computational programming that powers the project, whereas gas is used to pay fees on the network.

At the time of writing, NEO was trading around $26.60. After a long consolidation period of around $19.50, it crossed the resistance level. Now it is retracing back to $25.50. The coin is giving bullish signs to the traders & investors. The MACD line is trading above the Signal Line, giving signs of bullish momentum on the daily chart. RSI is stable at around 63, trading in the overbought zone.

Moreover, candlesticks are in the upper half of the Bollinger Bands, but they may retrace back to the baseline of $24.7. Check out NEO price prediction to know the future values of the coin and find out a good time for investment in the coin.

On the weekly chart, three consecutive candles are green, and it is trading around the baseline of the Bollinger Bands. Moreover, the MACD line and RSI indicate bullish momentum, which means the coin is bullish even in the long term.

It is a good token for a short-term investment but is not reflecting a long-term bullish trend. However, traders may wait for two more weeks to get a clear view of the long-term trend because there is a possibility that it will come back again to the support level of $19 within a few months.