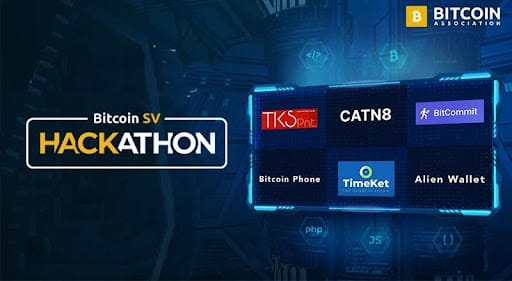 The fourth BSV Hackathon, a competition that encourages developers to build a variety of applications and platforms under an overarching theme, has announced six semi-finalists who have been short-listed. The extended coding period began on June 14 and ended on July 26. Entrants were required to work under the theme of peer-to-peer (P2P) applications on the BSV blockchain and utilize the recently released SPV Channels solution and the Merchant API (mAPI) in their applications and platforms.

Proponents of the BSV Hackathon have relayed their amazement at the innovative skills the entrants displayed in using next-generation technologies to build each of their P2P applications. Admittedly, the theme this time is more challenging than others, but entrants were able to deliver high-caliber final projects.

This iteration of the Bitcoin SV Hackathon has once again turned in numerous strong entries, each with a unique take on how best to leverage the peer-to-peer aspects of Bitcoin’s original design and the BSV network’s new SPV Channels implementation of P2P capabilities. With a challenging theme and complex requirements to remind developers about the often-forgotten P2P aspect of Satoshi’s intended Bitcoin system, it’s been impressive to see the different approaches employed by our participants,

Having worked intimately on introducing the Bitcoin SV implementation of SPV Channels, I’ve been intrigued to see how developers would approach it—and for the first foray with this new technology, I’ve been impressed with the early returns we’ve seen so far,

On top of gaining valuable experience in building P2P applications on the BSV blockchain using cutting-edge technology, participants were also able to consult experts from nChain throughout the coding period. The fourth BSV Hackathon six semi-finalists are as follows:

Three finalists will be selected out of these six semi-finalists. One representative from each of the three finalists will be flown into the CoinGeek Conference in New York, which is going to be held at The Sheraton, Times Square, from October 5 to 7, 2021, where they will present their P2P platforms for final judging.

The first place will be awarded $50,000, the second place $30,000, and the third place $20,000, all payable in BSV. The three finalists are also provided access to the very informative three-day blockchain conference. They can mix and mingle with numerous professionals and CEOs in the blockchain space and meet potential investors.