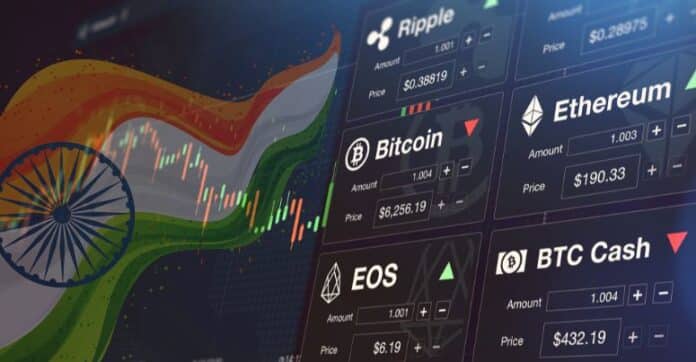 According to NASSCOM, short for the National Association of Software & Service Companies, the number of jobs in the blockchain segment has risen 138% since 2018. Meaning there is a growing demand to employ talented employees to meet the rising trend of the segment. However, India itself is amid the dubious scenario facing the issue of scalability to deliver mass adoption of Web3 and blockchain.

Experts from the top crypto exchanges in India believe that scalability will continue to be an issue if more users get on board. The workload will increase, thereby affecting the infrastructure built on the prevailing technology.

Layoffs from the blockchain industry prove that there is a downfall too. A carefully crafted move may tackle not just the employment issue but, most importantly, the stability of cryptocurrency and the Web3 market.

The establishment of cryptocurrency legislation was one of the main agendas of the G-20 summit that was headed by India. The country will play a major role in ensuring that investors and customers can be protected by implementing regulations revolving around the upcoming Web3 sphere.

A regulatory framework is crucial to bring economic stability and economic growth to the country. Recent instances have shown how a single entity declaring a liquidity crisis affects the entire industry. This, in turn, leaves customers hanging in the middle with no access to their funds.

Secure and resilient regulations getting implemented are likely to extend a helping hand for increasing mainstream adoption.

A hint can be taken from the fact that governments across the world are moving their vehicles by actively participating in regulating the crypto industry. Operators have a role to play until then by keeping their functions under check. A future stands strong provided they meet all the relevant laws and regulations while also publicizing proof of reserves.

Protection of funds and reconciliation of user balance should remain at the center of every Indian crypto exchange, no matter what.

Web3 shines when the market goes through a dry spell

Web2 could soon be declared outdated for the simple reason that the data remains with centralized exchanges. Ventures, especially startups, are taking the first step of transitioning to the decentralized Web3 segment, where the internet will be based on blockchain technology.Web3 is supposed to be the new decentralized version of the internet, which means unlike the current internet (Web2.0), all data will be explicitly owned by the user and not tech corporations.

Coinswitch and CoinDCX, for instance, have laid down a roadmap to make the said transition. WazirX, the best cryptocurrency exchange in India, has a similar plan in the pipeline.

The custody of digital assets is mostly retained by exchange platforms in India due to their centralized nature. The same will not be the case when Web3 enters the mainstream section. It will allow customers to have ownership of their data instead of the tech companies getting their hands on a user’s information.

Web2 and Web3 present a rather contrasting image when compared side-by-side. A larger number of users entering Web3 will have some weight to be borne by the decentralized infrastructure. Interoperability is likely to take center stage with it.

Experts are of the opinion that Web3 is in its initial stages in India. 2023 could be the year when it witnesses becoming a large-scale trendsetter. The challenge is in making the technology more accessible and looking into the key aspects of privacy & security of data. Moreover, trust between users and developers has to be built for the required growth.

Other issues affecting the scalability of crypto exchange

Having talked about the regulatory framework and the contrasting competition between Web2-Web3, it is time to look into other issues which are affecting the growth and amass adoption of every crypto exchange in India.

There is no doubt that the usage of crypto exchange is only going to increase in India. The question is if the infrastructure will suffice for the purpose of handling a larger volume of trades. Performance issues are only obvious if the resources are not gathered or upgraded in time.

Access to the internet and education about FinTech across the country to everyone, irrespective of their geographical location, is important. There is simply no growth without the said factors. It is guaranteed to happen following a surge in the trend. If anything, UPI is a perfect example of how everyone now looks up to receiving payments directly to their bank accounts or settling payments without carrying cash with them.

Resources will have to be leveled up to match the expectation. A downfall would begin without getting started as a crypto hub of the world if resources are not expanded.

The Bank for International Exchange, also known as BIS, has ranked India at the 3rd position in terms of the number of downloads of cryptocurrency exchange applications. The data is true for the period starting in August 2015 and ending in June 2022. There have been approximately 31.7 million downloads in India, keeping the country way ahead of several economies in the world.

Suppose Indian crypto exchange will themselves be able to handle the trade volume question. Other platforms are able to handle larger trade volumes. The same has to be replicated by crypto ventures in India while also focusing on the privacy and security of users.

Interoperability seeks support from better infrastructure. Operations without interoperability are likely to go down the drain with the advancement in the crypto sphere.

Developments for crypto exchanges in India require major technological upgrades. Those based on the previous technologies could show a few inherited scalability limitations. The network has to support the trade volume of a high number of users with faster results.

Keeping projects heavily on outdated technology is an open invitation to hacks and performance issues, not letting customers execute their transactions at their preferred time.

While these limitations will take time to get resolved, attention can be diverted to ensure that the upcoming crypto exchange platforms keep some space for immediate upgradation and meet the standard set by the regulatory framework.

Web3 will reach a larger number of users only if the scalability issue is resolved. It is going to be a collective effort of users, developers, and the government to deliver the result for Indian crypto users. Resources and infrastructure have to be prioritized at the time of development. The regulatory framework must provide a backbone to existing, new, and upcoming crypto ventures, assuming investors and creditors that their funds are safe and available for withdrawal.