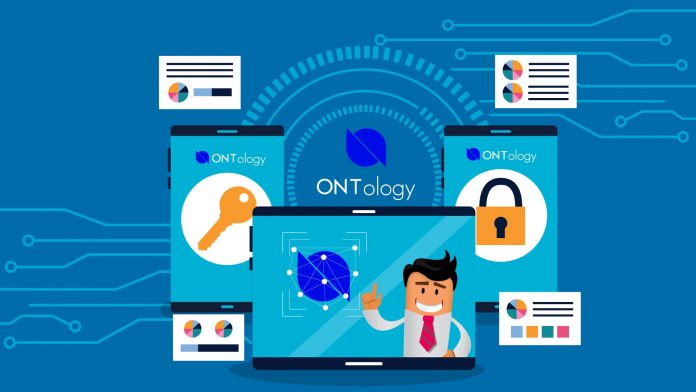 Data authentication and security are important considerations for any business. Blockchain technology contributes to efficient data security, but only a few can afford big networks. Those facing data integrity and identity security problems can install Ontology blockchain for data authentication. The technology maintains the consistency and accuracy of businesses’ data. Besides, it allows them to operate on multiple blockchain networks simultaneously.

What Is Ontology Coin

Ontology is an open-source, high-performance blockchain network (not as big as Bitcoin and Ethereum) specializing in digital identity and data authentication. With the help of Ontology, Blockchain network businesses can reap the benefits of tokenization and smart contracts without compromising the confidentiality of their sensitive data. The Ontology blockchain was primarily created to bring businesses under the blockchain ecosystem without changing their current systems. The Ontology network allows users to customize their public blockchains for various applications and thus reap the benefits out of blockchain technology. Ontology’s ability to support decentralized applications makes it as popular as Ethereum.

Ontology coin was primarily created as a NEP-5 token (a native token of the NEO blockchain). Then, Ontology’s native mainnet ONT was launched on June 30th, 2018, which replaced NEP-5. No ICO was held for raising funds for the Ontology project; instead, the developers distributed ONT coins for free to the subscribers of their email newsletter.

Ontology connects the digital world with the real world in a trustless environment. It uses the consensus mechanism to verify the transactions before adding them to their blockchain. Its consensus mechanism is called VBFT that comprises three different models PoS (Proof-of-Stake), BFT (Byzantine Fault Tolerant), and VRF (Variable Random Function). These models help Ontology to verify thousands of transactions per second. The advantage with VBFT is that, unlike other models that need at least 50% of all the nodes to verify the transactions on the blockchain, VBFT needs only two-thirds of them, thus saving costs.

VBFT adds robust scalability to the underlying PoS model, thus providing additional security throughout the entire VRF node selection process, which helps deliver shorter finality rates with BFT. All these components supporting each other contribute to the overall advantages of the network, thus providing for a more dynamic framework.

Users can buy ONT coins with fiat currencies on centralized exchanges like Coinbase, Bitstamp, and Kraken. Besides, P2P exchanges like Paxful, LocalBitcoins, and Bisq are available where ONT coins can be purchased. Alternatively, if users already have other crypto coins, they can exchange their coins for ONT on platforms like Exodus.

To store Ontology coins, the users need to download the Ontology wallet from the official website of Ontology. Wallets like Exodus support over 100 crypto assets by visualizing the individual crypto assets portfolio of the users and allowing them to sync the asset both with their mobile devices and computer.

Yes, Ontology is a secure platform; the unique VBFT consensus mechanism secures all the transactions on the network. Every single data transaction occurring on the Ontology network is immutable. Thus, it adds an extra layer of transparency for the businesses installing the Ontology protocol in their system.

Thus, Ontology is perfect for businesses to install blockchain technology in their current systems without the need to alter their existing systems. Ontology coin is one of the few coins that evolved without an ICO (initial coin offering). As the Ontology network works on multiple blockchains, the users can control how and to whom they want to share their data via blockchain. This contributes to the growing popularity of ONT as it allows businesses to operate on separate chains for multiple purposes.