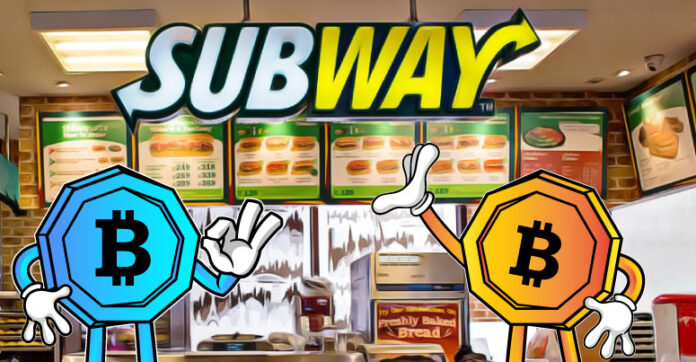 Subway, the largest fast-food company in the world, is now testing out the Lightning Network layer 2 Bitcoin as a potential method of payments solution. They are currently receiving a great deal of favorable feedback from their active operations in Berlin, Germany, which could aid them in making a decision.

Currently, Bitcoin is not seen as a particularly feasible tool for conducting financial transactions. The merchant community, interested retailers, and even lightning-focused seminars and conferences are exerting a great deal of work in the European context as a whole. This is being done with the goal and objective of offering encouragement and support for the cryptocurrency known as Bitcoin. Nonetheless, the results and corresponding feedback collected do not indicate a high level of approval.

Daniel Hinze, a Berlin-based Subway franchise owner, has, over the past few years, conducted an exhaustive and comprehensive analysis of the positive and negative factors of Bitcoin as a form of currency. In addition to that, for the past five years, he has been actively participating in the process of carrying out financial-based deals using Bitcoin.

According to him, the Bitcoin scenario is sufficiently encouraging for him to fully utilize it in his business as a form of currency. In addition, he explains that his enthusiasm originates from the fact that he has successfully completed over 120 financial transactions with Bitcoin over the course of a few months, and nothing seems awry.

Bitcoin Baccarat: Things That a Beginner Needs to Know!