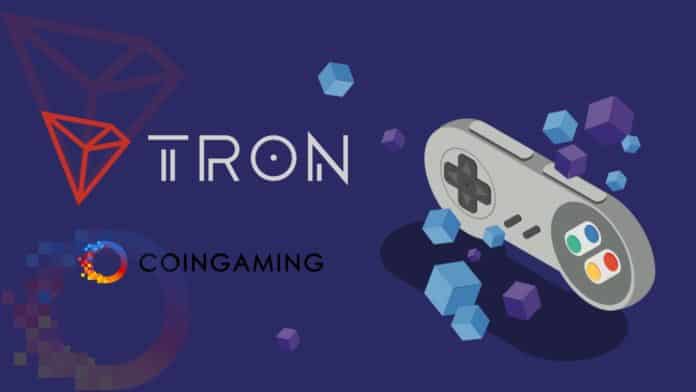 Justin Sun’s TRON is seeming to be aggressive in expanding beyond its current position through the industry of gaming. Their TRX currency has been at the forefront for advancing the interest of gaming through cryptocurrency. Although heavily criticized, the initiatives from TRON are largely promising in transforming the landscape of digital entertainment, with gaming being the most approachable avenues for cryptocurrency to infiltrate.

Taking advantage of this is the world’s leading crypto gaming organization, The Coingaming Group. Two of Coingaming’s subsidiaries, Bitcasino.io and Sportsbet.io, have proudly partnered with TRON Foundation to bring the speed and efficiencies of TRX to their platform. According to the terms and conditions of the agreement, the TRON community is going to be welcomed to make use of the digital currency for the first time with Coingaming’s two most prominent brands in the crypto gaming space.

For their new TRON Crypto players, the company offered a “Mega TRON Welcome Offer.” As a part of the offer, users needed to place their first bet of 3,000 TRX, in return of which the platform offered 9,000 TRX-worth of free bets in return. Additionally, the last person standing in the competition could also bag an incredible 1 million TRX prize, a reward for the ultimate betting master.

Tim Heath, Coingaming Group’s CEO, believes that adding TRX to their platform will further reinstate their efforts to put customers at the center. He added,

“With TRX, we are once again at the cutting edge of what is possible in this space.”

The TRON community is undoubtedly one of the most engaged and dynamic in the crypto world. Also, since the community is extremely passionate about gaming, the introduction of TRX to Coingaming is surely going to make the platforms “fun, fast, and fair.”

“It’s in Tron Foundation’s core to support growth by offering engaging and real-world use cases for TRX.”

He believes that Bitcasino.io and Sportsbet.io will serve as fantastic examples of what possibilities crypto-led products can bring in by putting the customer above everything else.

“It is genuinely thrilling to see another world-class brand open its doors to the TRX community.”