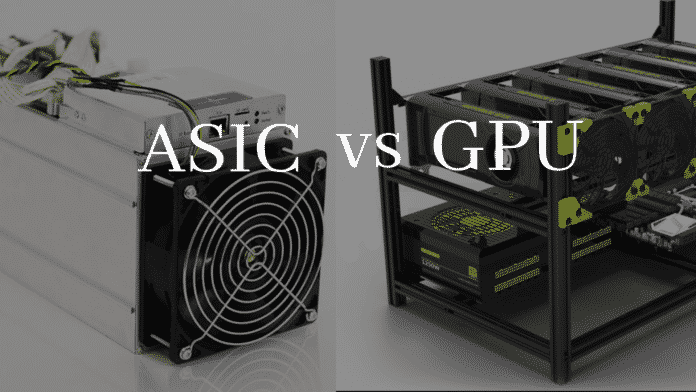 In the dynamic industrial niche, cryptocurrencies have been successful in finding and establishing themselves as an unprecedented medium of transactions and payments. In the present time, this sector of the economy has become the focal point of some of the biggest investments from the world’s best brains and business houses as well as has been at the forefront in the development of an ecosystem which is dedicated to bringing in revolutionary innovations in the digital currency arena.

Anyone who has been into cryptocurrencies and blockchain technology is well-aware of the word “mining.” Technically, cryptocurrency mining refers to the process of verification of crypto transactions and further addition of these verified transactions into the blockchain digital ledger network. It is quite essential for a miner to have a computer system with the best-specialized hardware if he/she aspires to gain an advantage over other miners in the industry.

While entering in the field of crypto mining, people often face confusion in choosing between GPU or Graphic Processing Units mining and ASIC or Application-Specific Integrated Circuit mining. It is critically important for a person to choose technology that is flexible and adaptive as the crypto market space is highly dynamic in nature. Another major factor which is needed to be considered is the energy consumption. The initial investment incurred in a mining process setup is equally important as the running costs which are incurred daily. With a motive to earn substantial profits through ASIC mining or GPU mining, it is essential for having a high initial investment.

This article will summarize the various contrasting features, reasons, and advantages critical to the two leading crypto mining mechanisms and will try to give you an insight into the two pedagogies through a comparing window. Before considering the features, it is essential to understand the basic concept of ASIC and GPU mining.

What is ASIC mining and GPU mining?

ASIC miners serve as professionally designed mining computer systems that focus on the computing of only one specific mathematical algorithm. As they operate on one algorithm, the hardware manufacturers get a fair chance to create machines studded with space efficiency, less power consuming, more powerful, and more economical in comparison to GPU systems. One can recover the hardware costs on an ASIC miner easily within the first year as it offers substantial per day earnings.

On the other hand, GPU mining rigs operate as efficient universal computer systems that have the potential to lend support to any digital currency. This lucrative feature of the GPU mining system gives the miner complete control of the mining process. While working in sync with the best combination of software, drivers, and configuration, GPUs can allow the mining of multiple algorithms simultaneously along with a facility to switch to a new coin at any time. The miners get protected from future ASICS and price volatilities hovering over digital currencies.

A Comparing Window for ASIC Mining and GPU Mining

The data given below aims to give complete information about ASIC and GPU mining modules while drawing a sharp comparison between the two concerning an array of crucial parameters.

So, if you are planning to become a successful crypto miner, keep in mind the points discussed in this article before choosing between ASIC and GPU miners. Spend your capital wisely and start earning from digital assets!!