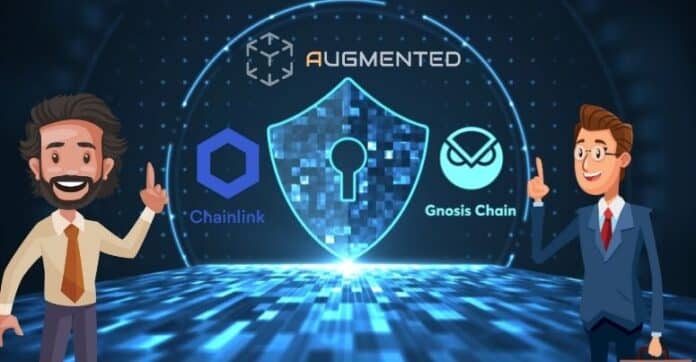 The Augmented Finance team integrated Chainlink’s trust-minimized services since it offers several significant advantages that distinguish it as an oracle solution. Since the initial integration, Chainlink Price Feeds have also worked flawlessly. Read our earlier Chainlink integration announcement for a more comprehensive look at some of the technical benefits of Chainlink Price Feeds.

In the era of the multichain ecosystem, Chainlink has currently been considered the best solution under oracle. Thanks to its highly decentralized architecture, Chainlink has a powerful, time-tested performance history and black swan events. Since October 2021, Augmented Finance has been putting Chainlink to the test on Ethereum and Avalanche, and we’re sure it’s the most incredible oracle solution available.

Chainlink is a leading standard used for creating, using, and selling oracle services, which are required to run hybrid smart contracts on any blockchain. Smart contracts can connect with any external API and use safe off-chain computations giving access to feature-rich apps thanks to Chainlink oracle networks. Chainlink presently secures billions of dollars across DeFi, gaming, and other important industries and provides a universal gateway to all blockchains to global organizations and prominent data suppliers.