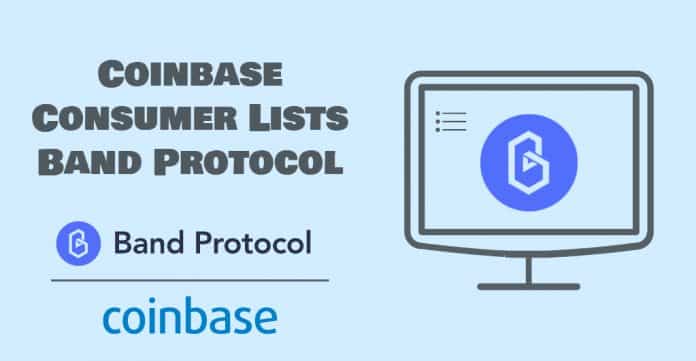 Band Protocol or BAND will now be made available on the flagship application of Coinbase, Coinbase.com, and also on the iOS and Android apps. However, only ERC-20 BAND tokens will be accepted at this point. The Coinbase customers can now buy, convert, receive, sell, or store BAND. It is available in all regions that support Coinbase except New York State. For those who are not aware, BAND is a data oracle platform that can connect real-world data and the APIs to smart contracts. Coinbase has a history of sharing new digital assets regularly. BAND was included in the new list along with eighteen other assets. At present, Coinbase supports BAND for trading on Coinbase Pro and stored with Coinbase Custody.

The most common requests made by customers are to be able to buy and sell cryptocurrencies on Coinbase. It has already announced a process by which assets can be listed, which was mainly designed to accelerate the addition of cryptocurrencies. The company has also invested in many new tools to help people understand and explore the world of cryptocurrencies.

The Coinbase application is the easiest and the most trusted application for crypto assets. It is so easy to use that this app has been suggested for almost all novices. On the other hand, Coinbase Pro is best for experienced customers. They have the experience and the ability to trade a wide variety of crypto assets through a unique interface with depth charts and market data feeds. Some of the Coinbase Pro assets are only appropriate for experienced traders as they have high volatility or have less volume than the assets listed on the Coinbase. It is good to know that the BAND protocol is available on both Coinbase Pro and Coinbase Consumer.