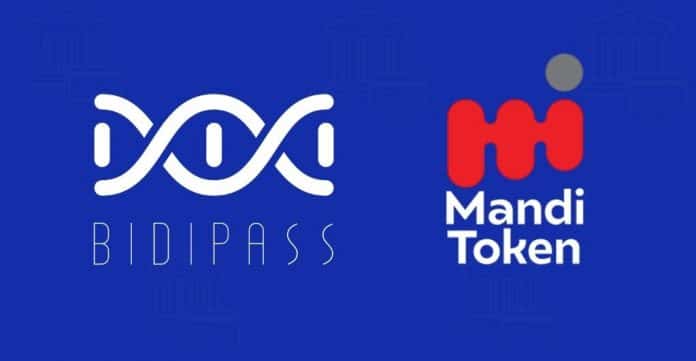 On August 31, BidiPass announced its upcoming launch of BidiPass 2.0. With this launch, all the BidiPass community will experience a newly introduced feature of two-factor authentication.

In response, Mandi Token shared a tweet about its inclusion in BidiPass 2.0 to harness the power of multi-token rewards via 2FA. The partnership between BidiPass and Mandi Token is all about verifying merchants’ accounts in a way similar to verifying via Google Authenticator.

Built on Ethereum, BidiPass, or BDP is a protocol used to identify user’s authentication. The sole aim of BDP Authenticator is to enhance infrastructure security while providing decentralized 3FA. It offers a user-friendly and reliable method to authenticate actions within different platforms connected. It utilizes a two-layer security protocol, operating in a peer-to-peer, distributed manner. The blockchain architecture of BidiPass works on a hybrid combination of private and public blockchains. This way, it provides high-performance and security, too, at low operational costs.

Its launch of BidiPass 2.0 (by the end of September 2020) aims to educate people on the use of 2FA while rewarding them with tokens. The main focus will remain on East Asia for further crypto adoption via its 2FA application. Using this app, users can earn tokens by simply authenticating their accounts. This time, BidiPass has partnered with Mandy Token, a blockchain project. Each Mandi Token acts as a digital asset that can be further staked in Mandi portfolio companies for revenue generation.

How would the integration of Mandy Token in BidiPass 2.0 work?

This integration of Mandy Token will help Candypay harness the two-layer security of BidiPass’s application. Candypay is a merchant payment platform. Candypay charges a fee to its users and a certain amount of this fee will be used to purchase Mandy Tokens from the market. Additionally, some amount of fee will be directed towards BidiPass to incentivize Candypay users with BDP tokens. Only the users verifying their accounts via BidiPass 2FA will be eligible for these rewards.

This integration is aimed to achieve a dual-motive; one is of rewarding the users and second is of promoting the BidiPass’s 2FA security layer. The roll-out of this promotional Mandi-backed rewards is said to commence in mid-September.

On this launch and partnership, Alberto Cevallos (BidiPass’s advisor of Tokenomics) said that they are excited to tie up with Mandy Tokens. This collaboration will benefit both the communities, he added.