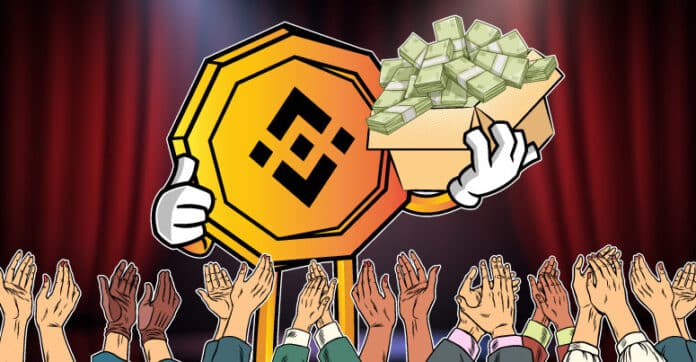 Binance is a crypto exchange platform with its operations spread across the globe. It was one of the first players to identify the opportunity in the Crypto market. Grabbing that opportunity helped Binance reach a major milestone of recording 2 billion average daily volume with more than 1,400,000 transactions concluding every second.

Binance recently reported that it successfully recovered the partial funds stolen in the Ronin Heist last March. The recovered amount totals around $5.8 million. Binance recovered these funds as a large part of the stolen money was transacted through its network via 86 accounts.

The same was acknowledged by the Founder of Binance, Changpeng Zhao, who later published a tweet through his official Twitter handle to announce the recovery.

Changpeng Zhao tweeted that the DPRK group had started hacking the network and moving the stolen funds through Binance by creating 86 different accounts. He added that the stolen Axie Infinity funds had been recovered in parts, with the first installment amounting to $5.8 million.

The mention of the DPRK hacking group did not surprise the entire community, as the Lazarus Group was expected to be behind the Ronin Network Heist from the beginning.

According to what has been revealed now, 173,600 $ETH and 25,500,000 $USDC were stolen last March after hackers found a way to exploit Sky Mavis. The security break on the Ronin network left everyone skeptical about receiving their funds back to their respective wallets.

The Axie Infinity team replied to Zhangpeng Zhao’s tweet by thanking Binance for helping the team recover partial funds. The team said that every cent recovered was a win for the entire Axie Infinity Community.

Community members of Axie Infinity have been informed that funds will be put back into the bridge once the team has regained the capability.

Binance has come out as a hero by being at the forefront since the beginning of the incident. Binance was quick to extend its support to Axie Infinity with the investigation.

Binance also organized a fundraiser to aid Axie Infinity in times of financial loss. All the funds raised were directed to reimburse members who had lost their holdings because of the attack.