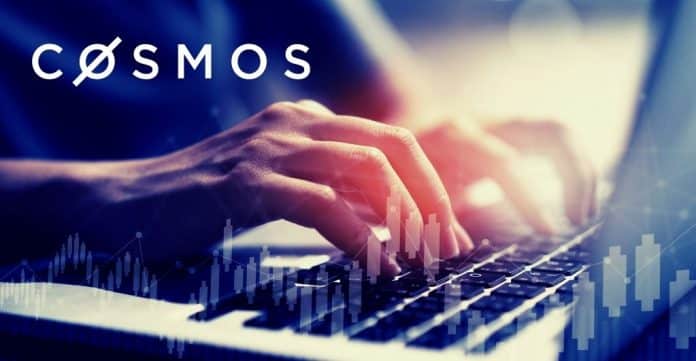 The world’s leading scalable and interoperable blockchain network, Cosmos, has got a lot on its plate in 2020. The Cosmos Network is expected to expand its capabilities across multiple technology ventures. In 2020, Cosmos will stay primarily focused on the IBC v1.0 protocol upgrade, followed by the Stargate protocol upgrades, and its Smart Contracts platform.

The IBC 1.0 and Stargate Upgrade

This year, a major Stargate protocol upgrade is being included in the Inter-Blockchain Communication protocol version 1.0 release. The latest mechanism for blockchain interoperability creates connective substrates for the Cosmos Network. The IBC 1.0 is being developed in a specific fashion that enables high-end technical interoperability protocol for multiple host organizations as well as end-user contributors. Chorus One, Tendermint, Iqlusion, Agoric, Interchain Foundation, Informal Systems,  and Interchain GmbH are the top contributors of the IBC v1.0 design, development, and implementation.

The first implementation of the IBC protocol in the Cosmos Network was registered with the use of Golang on the Cosmos SDKs. The latest IBC upgrade adds more dynamic capabilities on the runtime port management and channel permission management. It enables the Tendermint Lite users for hybrid interoperation on multiple Tendermint blockchains. Now, users interested in the fidelity of the Go code or its integration into any blockchain, the 1.0 IBC release delivers the compliant Cosmos SDKs and lets users import plug-and-play IBC support directly with any Cosmos SDK.

Currently, Interchain GmbH is in the final stages of testing & deployment of the IBC 1.0 implementation in the Cosmos SDK. Future upgrades of Cosmos blockchains. The process will be smooth and create minimal disruption to users. The said upgrade will be a part of Cosmos SDK v0.40 as well as Tendermint v0.34, as stated clearly in the Stargate Upgrade proposal for the Cosmos Network.

In August, CosmWasm by Cosmos launched a governance-permissioned public testnet. Dubbed as GaiaFlex, this testnet makes CosmWasm’s multi-chain smart contract platform run a full-fledged governance-permissioned contract system for the entire  Cosmos user and developer community. GaiaFlex testnet operates like Coralnet despite being permissioned. The GaiaFlex configuration handles on-chain governance and needs approval on all contracts being uploaded or instantiated, apart from their execution. Cosmos prefix, binaries, and muons on this testnet are highly updated for the CosmWasm module.

The year 2020 is opening possibilities for the Cosmos Network in terms of interoperability process upgrades and new advancements in smart contracts platforms. From the integration of IBC 1.0 and the Stargate protocol update to the multiple new features being added to the CosmWasm smart contracts platform, the Cosmos Network has been pacing well in the past few months. New Cosmos software implementations are slated to commence in the remainder of 2020. Experimental IBC applications and development of alpha software on Cosmos blockchains are also in the pipeline of the Cosmos Network’s cross-chain business operations.