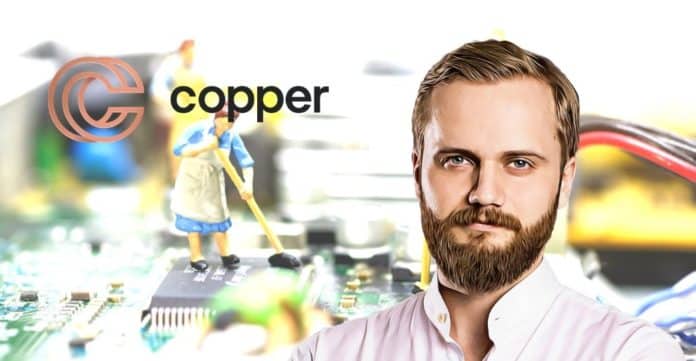 Crypto-asset custody provider Copper has managed to raise $8 million recently. In its Monday announcement, the firm announced that funds raised during Series A of the initiative will be used to expand its global reach

Series A of this initiative includes two venture capital firms based in U.K. – LocalGlobe, MMC Ventures and Target Global; the Berlin-based firm specializes in financing European firms so as to fund their global expansion.

The London-based startup aims to make its presence in key regional areas such as Asia and North America. It also plans to enhance its facilities so as to offer its clients more sophisticated trading services that are provided by traditional brokerages.

Copper founder and CEO Dmitry Tokarev said that they had thought of Copper as a “global offering.” The success of the first round of investment has raised the spirits; Tokarev said,

Tokarev, in an interview, said that Series A funds will help Copper in hiring specialists to take care of local regulations. This will help in providing better services for existing customers in Asian and American countries; it will also enable the company to increase its client base and offer them their services.