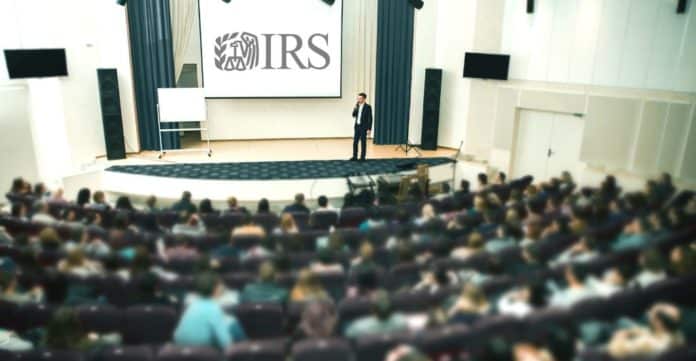 The Internal Revenue Service is scheduled to host a summit on March 3, 2020, and has invited a host of crypto startups in that regard, according to reports. IRS is expected to hold a dialogue about the current method of taxing the cryptocurrencies along with enforcement initiatives, added the reports.

The high-profile summit is set to take place at the IRS’ Washington D.C. headquarter.

An IRS spokesperson has confirmed the latest development. The summit will reportedly include four panels where issues related to technology, tax returns, regulatory compliance will be addressed. The list of panelists has not been finalized as of now.

According to Kristin Smith, executive director at Blockchain Association, IRS was planning to organize the summit since January when she spoke to industry participants for recommended panelists.

She also referred to compliance with current regulation and guidance as one key area that the IRS has decided to focus on.

Meanwhile, IRS has not yet clearly spoken anything about whether the summit will notify its future guidance or not.

However, Kristin Smith is hopeful that IRS will make optimum utilization of the information that it will amass from the summit for developing advanced regulatory frameworks around cryptocurrency.

Earlier, IRS has published the latest guidance revolving around cryptocurrencies in October. It also addressed how to calculate gains and value crypto income. The guidance emerged as the first one published since 2014. It also gave rise to new questions around airdrops and did not address the small transaction issues.

IRS is the revenue service of the US Federal government. The government agency is the bureau of the Department of Treasury. It is headed by the Commissioner of Internal Revenue who is appointed by the US President for a period of five years.