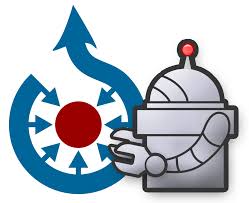 The issue of the bots related to virtual currency is not something that is new in the market. It has persisted for a long time now. It is affecting several entities and events in the market. It has stayed in the attention of the various experts as well as lawmakers in the field for a long time now and The Securities and Exchange Commision also drew attention to it when it rejected the various ETFs. Authorities in the field are stating that Bots are highly prevalent in the sector of virtual currency and are responsible for the changes that are brought about in the price of Bitcoin. For example, companies like Virgil capital use their own bots to combat the bots that were sent to harm it.

A procedure is followed by the bots to bring about a change in prices, for example, Virgil capital wants to buy a particular prominent currency, the bot sees to it that the price put up is less compared to the price going on in the market, even as Virgil makes a move to buy the currency, the bot cancels the order. As a result of this phenomenon, it gets reflected that Virgil gave orders of purchase that did not get executed, further on, the prices on other exchanges increase.

Needless to mention, there is a lot of manipulation that has been going on in the market. However, not everyone is against this phenomenon. There are those who are against the regulation of this phenomenon and suggest that all the entities in the market should be armed with tools to manipulate. Thus, with these tools, it would become possible for all of them to combat as well as cause manipulation. Arming all the companies with these measures would lead to leveling of the field.

Regardless of the opinions of these people, several measures are being taken by the various entities to see to it that the consumers do not fall victims to the manipulation that has taken over the market due to bots.