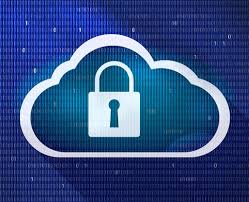 An independent agency conducted a report regarding the safety measures that are being taken by the various exchanges to see to it that maximum security is ensured. This report was conducted based on the various exchanges that deal in $1 million. There are several criteria that were used to see to it that an appropriate analysis of the security level can be made. Security, as far as, virtual currency is concerned, is immensely important. Therefore several details were brought under the lenses of scrutiny. For example, the strength of the code, as well as the models employed for the purpose of security, were looked into to analyze the level of security provided.

As a result of this report, several prominent exchanges in the market fell short of the adequate requirements. Binance, which has created a strong reputation in the market for itself, did not score very well and neither did Bitstamp. This report can act as a reality check to the various parts of the market, it has stated that in the past eight years, 31 exchanges have been hacked leading to a theft of $1 billion.

There were several aspects of the security measures based on which each exchange is given marks. It was found out that 32 exchanges in the list of ranked exchanges contained the kind of erroneous codes that could render a blow to the experience of the users. 41 percent of these exchanges had very simple passwords. 3 percent of these did not provide two-factor authentication. The aspect that had to be worked on to a great extent was that of the web security. Majority of the exchanges given in the list failed to live up to the requirements such as registrar and domain security. The report has also advised the various investors to invest wisely and be very cautious about what they are choosing to invest in.