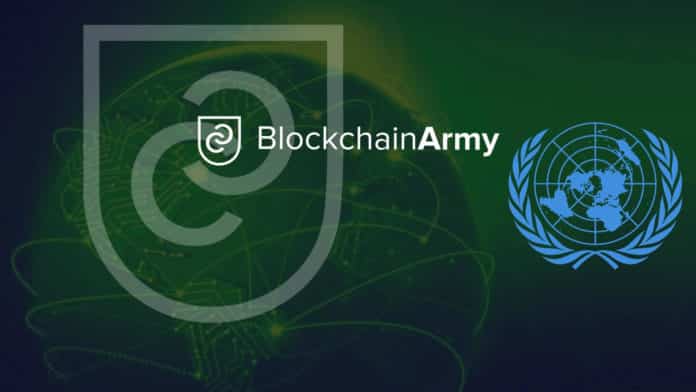 Blockchain has evolved from a phenomenon that only a few enthusiasts cared about to a phenomenon that interests every being today. Almost every industry is aware of the fact that blockchain disruption will arrive sooner or later.

World’s some of the most proficient blockchain experts are spreading the word. One of these people is Erol User from the blockchain giant, the blockchain consulting company BlockchainArmy. He recently addressed the US Geneva conference about his views on the blockchain revolution. The meeting was conducted by the ONUART Foundation. The foundation had been explicitly set up for blockchain discussions and proceedings as UN’s 2020 Agenda.

Unicorns like Bytedance (the creators of TikTok), SpaceX, Stripe, Airbnb, DoorDash, and more all share the same thread – they used a disruptive technology to do something better than their competitors. All of these companies share another thread, though. They are all working to integrate other disruptive technologies to stay ahead of the competition. What if you skipped the first step and started integrating multiple disruptive technologies from day one,

So what are these implementations of blockchains and where will be its biggest impact? Let’s find out.

Here are some of the most irrefutable implementations of blockchain industries, according to the experts:

Finance is an industry that is influenced by any minor fluctuation in the economy. The blockchain that has the largest implementation in the monetary framework is definitely going to be impactful for finance.

Financial institutions all over the world have probably realized the inevitable wave of blockchain on finance.

Therefore, top brokers, including Coinarmy, are providing crypto resources as tradable assets. Blockchains are employed in everything, like sending huge sums of money to any part of the world.

This is done within minutes and without any overhead costs. Blockchains can also help store and record information regarding transactions.

Blockchain can help create a world where you don’t need to keep track of all your medical reports and prescriptions. Blockchain can help make that information accessible without you having to do a single thing. It is also completely secure and free of any external meddling or theft. So the information will be completely accessible by you and by anyone without your permission.

Research by IBM states that the primary characteristic of blockchain in medicine is security. Every new transaction is included within a block and is completely immutable & time stamped. It has been found out through research that 10%-30% of drugs traded are artificial and are valued at $200 billion. Blockchain can help identify and eliminate these counterfeit products.

Blockchain can also help expurgate the fake news that prevails on the internet for which there is no current mechanism to identify. KISAKISA.com is one of the firms to have implemented blockchain in this regard. The website puts a red alert on news that it finds fake.

Another application of block gain is data security and storage. Blockchain is just unmatchable when we talk about hoarding huge chunks of data with utmost security.

For instance, it can be used to store the data of citizens without any tampering. This can help nations find out illegally living citizens and also help prevent terrorist activities. It can also store all the personal and sensitive data, governmental information, and much more.

Blockchain is already adopted by a number of industries for quality assurance purposes. This has been done by building a blockchain distributed ledger and enlisting all the legit products on it. The companies manufacturing luxury products can simplify the differentiation of real products and artificial products. Food manufacturers can use blockchain to demonstrate their authenticity of manufacturing their products thereby building the trust of their consumers.

The same way manufacturers of cars can enroll their vehicles over a distributed ledger creating a transparent medium of new and second-hand sales.

So these are some of the businesses that will soon be the household industries in the blockchain ecosystem. For now, blockchain companies are not just surviving the disruption in their market niches but are also growing and innovating with their potential while we all await the good days.