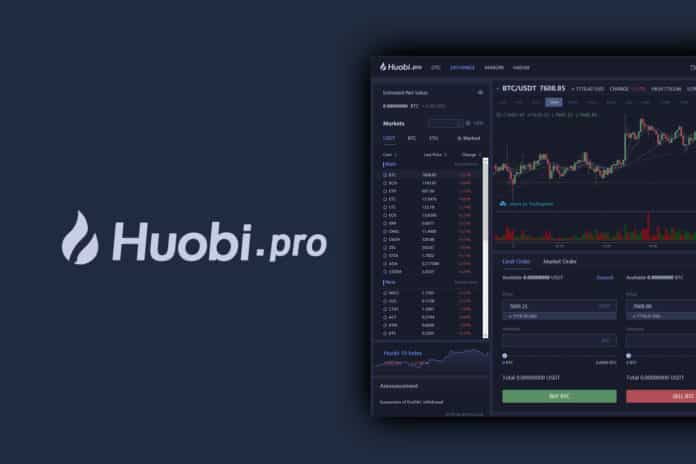 7th July-It has come to be known lately that Huobi, which is one of the leading crypto currencies in the world, has now opened registration for its trading platform which is established in the United States of America recently. This is the news received through a press release on July 6TH. This is great news for the company as well as its various consumers and well wishers. The announcement of a new platform was made back in June. The name of this new exchange is HBUS and it is based in San Francisco, and the registrations for it are now open.

This exchange supports nine digital currencies; these are DASH, TrueUSD, Bitcoin, Litecoin, Ethereum, Ethereum classic, Bitcoin Cash, Tether, and Civic. These are the various coins this new exchange will be dealing in. As for now, the verification requests will be accepted from the citizens of United States of America, and keeping in mind the above mentioned virtual currencies, the crypto volumes can be deposited with this exchange. This is a huge step forward for the already prestigious and successful Huobi exchange. It is believed that this exchange will get active from the 10th of July and the various attributes, characteristic of the platform will be revealed with the inception along with stating the kinds of pairs which will be traded in.

However, there are a few sections of United States whose citizens will not deal with crypto currency with HBUS as a platform, these states are Washington, Vermont, Hawaii, North Carolina, Connecticut, Alabama, New York and Louisiana. It is apparent that Huobi is going places everyday in terms of exploring new territories through crypto currency. Just recently, it has launched a new platform in Australia and is also ahead with its function in the platform launched in London, it has established itself amongst the European consumers.

It is quite transparent that the pace of Huobi is such that it has emerged as a formidable competitor for a number of companies in the field of crypto currency. Moreover, it can be anticipated that the growth of Huobi is inevitable in the coming days.