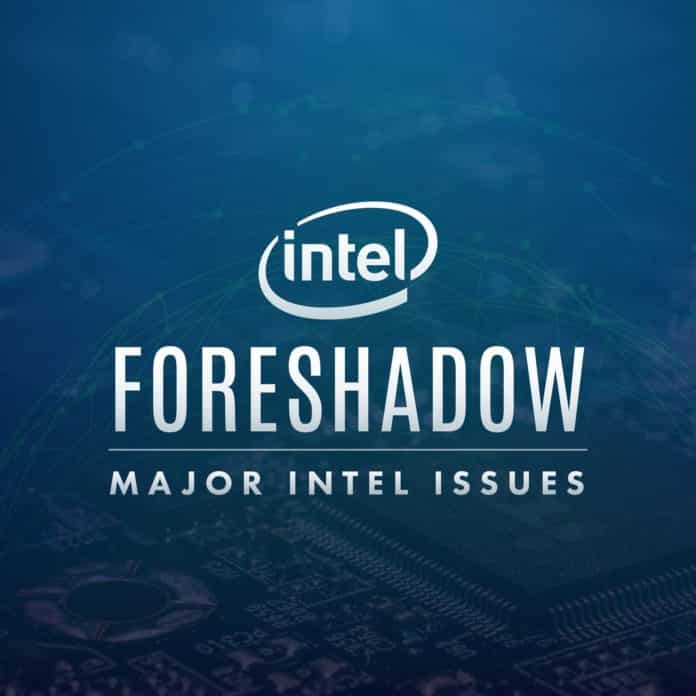 Following yet another hazard, Foreshadow attack has found its way even into the most secure computer processors powered by Intel. A security flaw as such was discovered all around the tech world which also includes the cryptocurrency agents looking for security leverage among other hardware devices. The foreshadow attack is typically a bug that creates an attack on your processor and gets the access to all the sensitive files from it.

The SGX processors by Intel were specially programmed to give the customer safety, security and guarantee against any such bug or other viruses that attack your secured files. Because it was very heavily secured, the SGX was the preferred system for the cryptocurrency investors and marketers. It was because the SGX always had an extra-secure region which no bug could penetrate until a few days ago Foreshadow attacked all the tight security regions and almost everything that the computer holds. 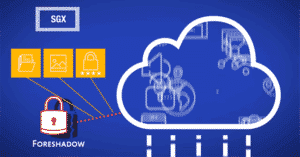 So, even a processor which specifically designs for warding off the hackers was attacked by some people out there. It jeopardizes the future of cryptocurrency and the security availability along with it. There were other bugs such as Meltdown and Spooky who did the same work and got into all your files; Foreshadow attacks SGX processors in particular. It is because of its use in the technology investor market the ramifications can be serious.

SGX has been the center of all investments, and therefore there have to be some renovations done before launching any new projects with it. Considering the global positioning of cryptocurrency, it impacts a larger audience. But the good thing is that that the attackers used the ‘responsible disclosure process’ which is responsible for bugging reveal and send an alert to Intel before working so that the techs can come up with a plan to solve or decode it. But the buzz in the market is because the investors realized that this might not be enough.

Since many systems are slow to upgrade because many of these bug fixes also need to result from hardware upgrades, there is a long-time potential vulnerability towards such attacks. If not till then, it wouldn’t be a complete surprise that the attackers use this virus to steal cryptocurrency shortly.

Two Sides of the Coin

However, just like everything, this bug comes with both – good and bad news. Now you might wonder what is good about a bug. Well, the world isn’t yet running on any high-end SGX projects for cryptocurrency for securing the real money. So, it is a good thing that SGX hasn’t yet powered through the global space by its use in real terms yet.

The bad news is that there are more than many projects in the market right now who wishes to use the SGX for their plans of cryptocurrency and very soon. It may not be the best idea considering the security vulnerability of their transactions, and more threat towards your money. One such company is MobileCoin who is looking for miner replacement for securing cryptocurrency and build a more efficient wall. But there are many others with their plans revolving around SGX.

Professor Patrick McCorry deemed the attack to be “devastating” and tells us how there is research group who are discussing the possibly efficient ways of deploying these bugs. It will be able to add that extra needed security in the future of cryptocurrency. The bug can take away the privacy, integrity, and security even from the most trusted hardware if it relies on SGX. So even a tight-knit security detail should always be believed to be broken at some time and thus should have defensive strategies inbuilt in the time of trouble.

The new and upcoming projects that decide to venture with SGX forefront should evaluate and keep in mind the vulnerable security and always look at the updates from hardware with caution. It is regretful to realize that if this attack can be so severe, the future will be seeing even better attacks and this makes everything more impactful.

However, some people are continuing the trend of not relying on SGX chips for future, whereas there are others who believe that this attack will make SGX even better in the future, especially to hold something as crucial as a cryptocurrency. But SGX will need to be strong and impenetrable in the hardware lines to play that role.