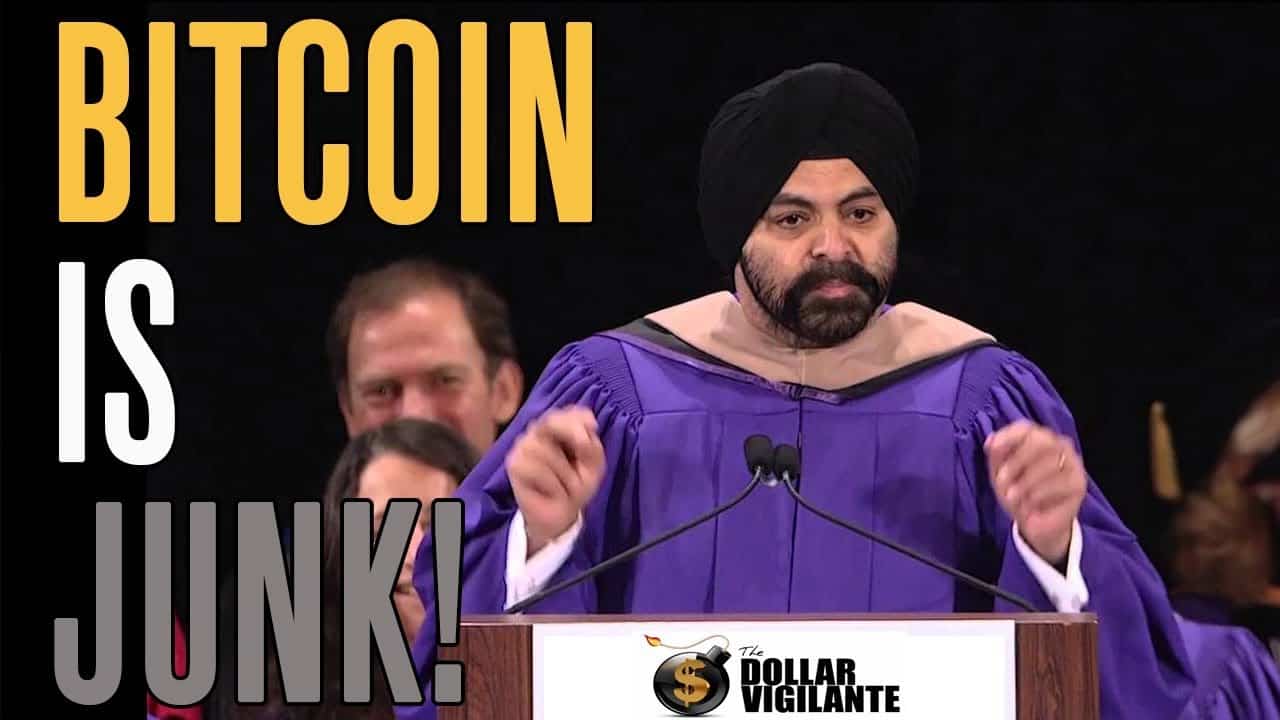 It was noticed that in the previous month, Federal Reserves of United States of America had some harsh things to say about cryptocurrency. This week, a similar thing has happened with cryptocurrency again. This time, the immensely negative judgment is coming from the president as well as CEO of the famous company MasterCard. Ajay Banga, the CEO of MasterCard has said that a currency which cannot be traced and is highly volatile, that is, fluctuates a lot cannot be considered a currency at all. He also called it “Junk”. Banga, who is the head of the multinational company, was born in India, and is now leading this multinational. It is important to point out that Banga had his own reasons for making the kind of statements he did.

All these points were made by the CEO when he was giving a lecture at the Indian consulate; this was called “New India Lecture”. This lecture just like several others to be conducted over a period of time is organized through US-India strategic Partnership Forum. The main concern of Banga, which is similar to several other experts in the field, is that cryptocurrency is not reliable because it is highly volatile and there is a dearth of transparency which can be expected from a medium of transaction as well as the role that it has to play in the economy if it will be accepted by a number of governments.

Banga has also drawn upon an interesting and powerful analogy stating that virtual currency is a “snake”, and it is highly irrational to keep this snake in the “backyard” and then expect that others and not the keeper of snakes would be bitten.

There were also several interesting and subtle points raised by Banga in the lecture. The notable arguments were about the rules which should be a part of the structure of free trade and how more and more people should use credit cards over cash, he supported the Prime Minister of India Narendra Modi while stating that the sooner the society becomes cashless, the easier it will be to fight terrorism, since it is cash which is often used in terrorism activities.