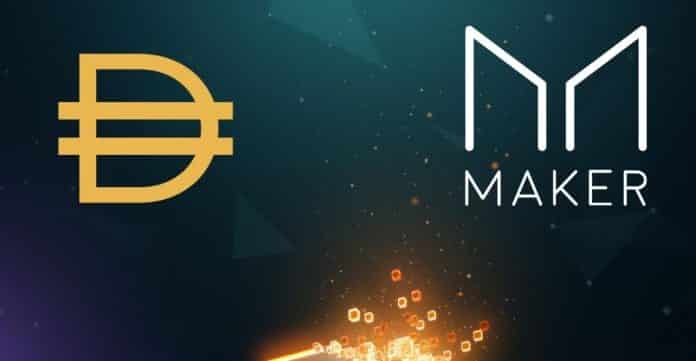 In an unexpected move, the decentralized blockchain platform Maker on August 19, 2020, has come up with a proposal to increase the debt ceiling for Ethereum (ETH) to 420 million Dai from 340 million. With this increase, the Dai debt ceiling totals to 688 million, while the total number of Dai accumulates to over 432 million.

The proposal was made in consideration of the growing demand for Dai stablecoins and the increase in the debt as fees increase.

Recently, Dai has experienced a significant increase in its demand, thanks to the escalation in Total Value Locked in decentralized finance (DeFi) applications in July 2020. However, this increased demand influenced Dai’s soft peg to the US Dollar.

Maker quickly identified the need for stabilizing Dai against the US dollar and invited MKR holders to vote on whether to raise the debt ceilings of collateral assets, including ETH in the Maker Protocol.

Since MKR holders voted in favor of increasing the debt ceiling of collateral assets, it led to an increase in the Dai debt ceiling.

Here is the timeline of the debt ceiling activity:

As it does not happen very often, the community spanning across the DeFi platforms need to know about the Dai debt ceiling and its role in the Maker Protocol. Let’s explore how the debt ceiling works and why it is needed:

Dai debt ceiling is a collective of the debt ceilings of collateral assets in the Maker Protocol.

MKR holders are the only authority to set the debt ceilings based on the demand for Dai and other asset-related factors.

Debt ceiling limits Dai generation against collateral assets, which helps in minimizing any risk in asset unbalance within the Maker Protocol.

Debt ceiling for a collateral asset limits generation of Dai against it.

Once the Dai debt ceiling is set, crypto users can purchase it on the open market only.