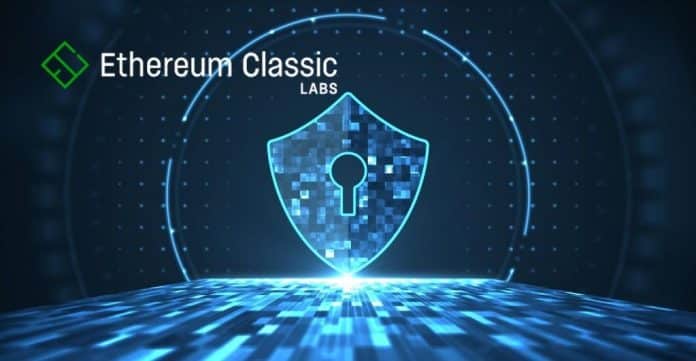 The platform for Ethereum Classic Blockchain, the Ethereum Classic Labs, has announced a bold and ambitious security plan to keep the platform secure and safe. The ETC labs used their twitter handle to reveal the news that they plan to implement improvements on the network on a priority basis. Such a step was expected, as the ETC Labs were subject to 51% attacks and the hackers got away with approximately USD 7.3 million worth of crypto.

The network plan will be implemented in phases from zero to five over six months (August 2020 to January 2021). It is a comprehensive network plan that consists of immediate improvements in the network and many long-term strategies that include switching over to a new consensus algorithm. The ETC labs have issued a statement declaring their commitment to protecting the integrity of the ecosystem. The company is determined to invest more resources to strengthen the network’s security.

The ETC Labs have partnered with miners to put a Defensive Mining structure in place to ensure a consistent hash rate and prevent any more attacks on the network. Any spike in the hash rates would be immediately conveyed to the Labs through the implementation of the proposed constant monitoring system. The network has plans to work with the exchanges to set the confirmation times of the withdrawals and whitelist the addresses.

The 51% attacks have been a huge trouble for ETC, and they are looking at various proposals to increase the network’s resistance to such attacks. One of the proposals includes penalty blocks for miners who ask for a longer chain. They are also looking to amplify the public blockchain through various timestamps and checkpoints. The new security plan brought out by the ETC Labs is pretty ambitious, and the company must work hard to ensure the success of the proposed strategies. ETC Labs hopes to implement the security plan by January 2021.