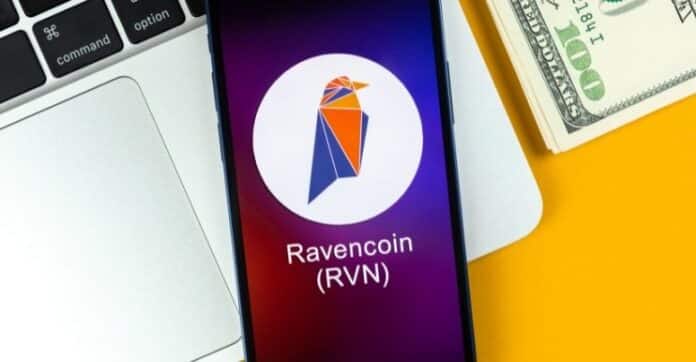 Ravencoin tanks in its market capitalization, followed by tremendous growth in the first half of 2021. RVN is the peer-to-peer cryptocurrency of Ravencoin that aims to simplify the process of virtual asset transfer. While there are a large number of already established cryptocurrencies, one is always skeptical about the latest released coins till the time it has proven its potential or offers something unique from its predecessors.

In an era where most of the crypto valuations have tanked below the year lows of 2021, people are worried about investing in new crypto projects. While this might be true for a majority of coins, the lower price value would also allow investors to acquire a large number of coins on-base valuations. Ravencoin currently holds the 103rd largest market capitalization with a current market value of 638 Million USD, and this value however accounts for only the 50% circulating supply of RVN coins.

How is RVN a different or superior form of BTC?

Taking its inspiration from BTC, the RVN token is a hard fork of Bitcoins code with some advancements being put by the developers. It offers a higher block reward of 5000 RVN; the block time needed to solve has been reduced to one minute. Even the total supply of RVN coins was kept 1000 times higher than that of BTC to ensure decentralization.

RVN takes the modification issues a notch higher by addressing the complication caused by the centralization of mining operations by ASIC rigs by launching its variant of mining algorithm named KAPOW. Moreover, RVN tokens must be burnt to issue token assets on its blockchain network. Rumors are that future modifications to RVN tokens will include integrated messaging tools and voting systems.

Ravencoin broke out from its constriction at the very beginning of 2021, which led to a 25x increase in its valuations. But this spike seemed like a one-time thing as RVN has just attempted to breach the previous highs it made in February 2021.

In the last year of the price trend, we can witness a decreasing price trend that highlights a clear profit booking as investors benefit from the hype made on RVN. What was once believed to have the potential to overcome the shortcomings of BTC and increase 1000x now remains grounded because of limited innovation in the last year.

Based on Ravencoin price prediction, 2022 could be a strong year of RVN only if it manages to hold on to its support placed around $0.04 levels. RSI seems to have maintained a neutral stance since May 2021, with transaction volumes dropping since February 2022.

The upper wicks on each monthly candlesticks since August 2021 indicate the profit booking sentiment active at higher values. Instead of allowing the value to grow, people seem to be adamant about reaping the benefits of the investment as soon as possible.

Because of the lower wicks on candles, we expect a steady buying sentiment to develop. RVN could trade above immediate resistance levels and strong moving average levels. Trading above the present trendline would indicate the beginning of positive momentum on RVN.