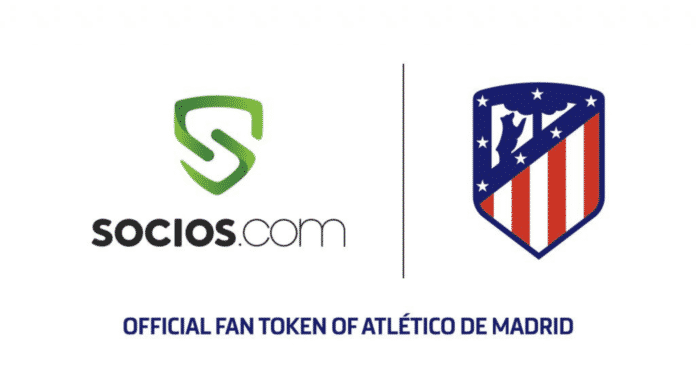 Socios is a famous blockchain powered tokenized application that originated from FC Barcelona and Real Madrid’s Socios crowd management method. Socio is referred to a member or associate in Spanish.

According to the press release, Atletico de Madrid and Socios are planning to launch an Official Fan Token which will also be club branded through the Fan Token Offering (FTOs) in the fall of 2019 for the 19/20 season.

The price of the token is kept at 2 Euros for now. The token will be a digital asset that bestows voting rights on Atletico fans. The token will be used to push fan engagement by allowing users to take part in the tokenized votings on the Socios mobile app. The token will further give its holders access to merchandise, rewards, and games.

As of now, the fan tokens have been used on the Socios platform. Technically, they operate on a different permissioned side chain where each of the participating chiliZ soccer clubs works a node with complete authority proof.

The sidechain is backed chiliZ native cryptocurrency $chz. $chz is an Ether based ERC20 utility token.

According to Alexandre Dreyfus, Socios’ CEO and founder, we want to grow the platform’s likely user base to over a billion sports fans, and all of them will be final cryptocurrency users.

Leading newspaper Cointelegraph also carried an overview of the surging tokenization of the sports industry at a fast pace. Apart from Socios which has partnered with Binance and listed its token on the exchange, the other popular platforms like Utrust are also offering cryptocurrency payments for tickets and merchandise for teams like Portugal’s Benfica.