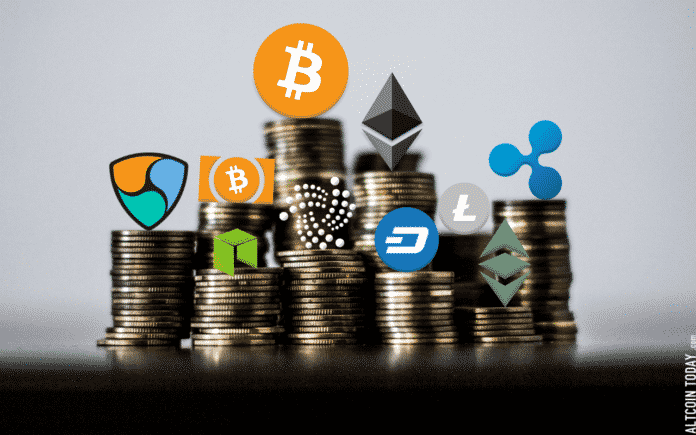 This week has seen an astounding fall in the prices of cryptocurrency. Not only has there been a fall in the price of Bitcoin but also in the prices of several other coins in the market, like Ethereum and Ripple. On Wednesday, every other important currency in the market was trading in the red section. That is, Bitcoin and Ethereum were down by 8 percent and this in a span of 24 hours and Ripple had faced a loss of 15 percent in the market value. This loss gravely affected the progress made by different coins on Monday. Ethereum classic has not been faring very well as well; it fell by over 13 percent. The best performance in these bad times has been of Tether Coin whose behavior is similar to that of USD.

It can be believed that the total value of the virtual currency market was down by 13 percent and this startling reduction in value took place in merely 24 hours. Even though virtual currencies are known for the volatility they bring in the financial sector, this has been a major shock for the experts as well as the users of this currency. It is because of this that it is necessary to analyze what went wrong with the sector. A major reason for this crash was the ambitions of the corporate, it is due to the delay in these ambitions that the prices fell and the market suffered.

Securities and Exchange Commission had been examining the application for the formation of an ETF and it has been examining the ETF of BZX exchange. Moreover, the ETF will come to be known as SolidX Bitcoin shares. However, the formation of this kind of an ETF would require the rules of Securities and Exchange Commission to change. Moreover, the conditions for the impending rule change have been brewing for a while now. Also there has been an increased demand for the formation of an ETF and it has to do with the fact that an ETF would allow the interested parties to participate in the cryptocurrency sector without risking investment.

A major reason for the setbacks of this kind is that there are still a lot of suspicions in the market regarding the crypto sector and even as there is an increasing demand for an ETF, its fate hangs in balance.