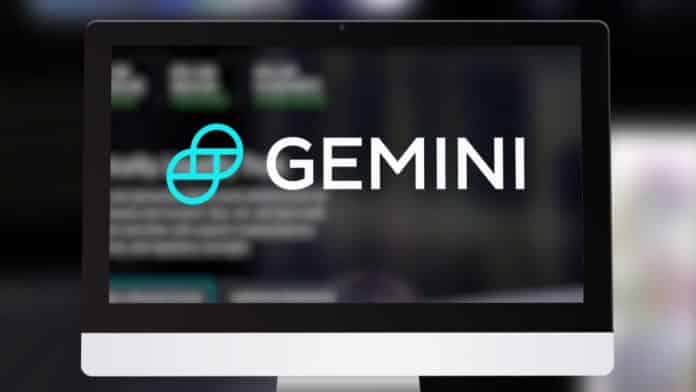 The founders of Gemini exchange, Cameron and Tyler Winklevoss have come up with a new game. They are going to give away 1 Bitcoin to users. Yes! You heard it right. Now, you might be excited to know more about their plan, more information is included in this article.

The Winklevoss twins are offering 1 bitcoin to users who can track the Gemini Crypto Bus and take the best picture of it. The user needs to take the best shot of the Gemini Crypto Bus and upload it on Twitter. Winklevoss Twins will select the best out of the pictures, and the winner will receive one BTC. This contest is going to bring some change within the crypto people. As of now, the Bitcoin is trading around $5,800.

Justin Sun is also the founder of Tron. The Gemini Crypto Bus contest was announced by the exchange founder Tyler on the giant social media platform Twitter. He mentioned through a tweet, that they will be giving away 1 BTC to the best picture of the crypto bus.

The Gemini Crypto Bus contest will start on 4th May 2019 and ends on 11th May 2019, at 4.00 P.M ET.  The tweet was posted on 4th May by Tyler Winklevoss on Twitter; few people have started talking about it.

The user seeking to take part in this contest needs to reply to the Twitter post along with the shot. 79 people had replied to the post and counting, only a few people managed to upload the Gemini Crypto Bus picture. This game eventually lacked to create the needed excitement within the crypto enthusiast. Now, we need to see how far this game is going to work.

The Gemini Crypto Bus is available only in few cities namely, Washington D.C, San Francisco and Chicago. Tyler mentioned in a post that the Tesla giveaway has resulted in bad taste within the crypto people and through their new contest they can easily locate the Gemini Crypto Bus within three cities.

He posted:  “Right now they are in San Francisco, Chicago and Washington D.C, Happy hunting!”

Tyler Winklevoss even replied to a picture posted by a user that might have attracted him and even complimented it.

Earlier, Tron founder Justin Sun’s Tesla plan failed; in which they were giving Tesla car to the randomly selected winner who follows Justin Sun on Twitter. When the winner was declared, few people believed that the winner was not selected randomly because the name of the winner was announced quickly even before the random draw started. Justin Sun immediately deleted the video, further added more fire to the matter. To this, later Justin Sun declared another winner and left the 1st announced winner without any award. Twitter community after noticing the incidence backlashed Sun, and he once more changed his decision and decided to give two Tesla’s cars to them. It was one of the costliest mistakes made for the firm.

A cryptocurrency exchange, Gemini has expanded its operations across the United States. The Winklevoss brothers have been working hard to increase the transparency level within the crypto market and also to grow its crypto assets within the United States. The Gemini has earned the fame as a ‘regulated cryptocurrency exchange’ and has its own Stablecoin Gemini Dollar (GUSD).