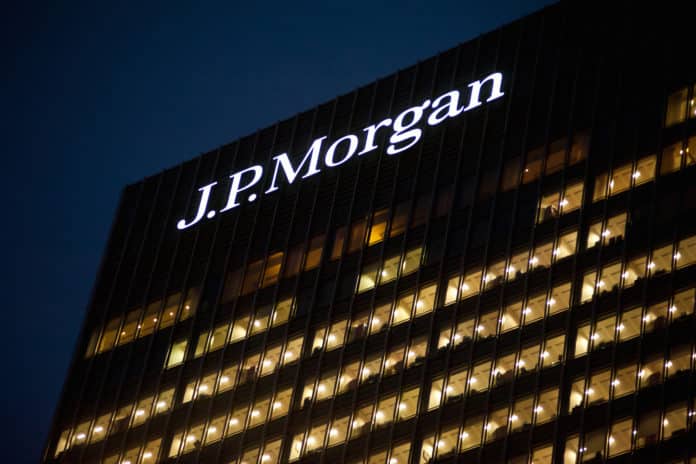 Microsoft, the giant technology company, has entered into a partnership with JPMorgan. Microsoft will expand the blockchain product of JPMorgan Chase’s Quorum to customers, the news was revealed by the firms on Thursday, 2nd May 2019.

Responding to the partnership, Microsoft’s cloud services division, and chief technology officer Mark Russinovich mentioned in a post stating that the collaboration will help customers of JPMorgan like Louis Vuitton and Starbucks, to create a wide range of applications for their blockchain network.  He also said that the Quorum product of JPMorgan is the best choice for the blockchain platform of Azure.

No cryptocurrencies will be included; it is an enterprise-based service that is only applicable to companies, help them design applications by using blockchain technology. The Quorum is integrated with Active Directory of Azure and will provide features to add new members, monitor network operation.

To introduce this integration, JPMorgan and Microsoft have collaborated.

Blockchain initiative Head of JPMorgan Umar Farooq said that it was very crucial for us to ensure that we offer the best services and enterprise-level tools that are required for companies. However, the financial details of the partnership were not revealed for the public.

Blockchain which is widely known as a system for monitoring crypto-assets is one of the fasting growing technology that enables users to develop and exchange transaction records or ledgers across various parties.

The record of the transaction is encrypted which cannot be altered and the transaction record is regularly updated across all the active systems, thus making blockchain a secure way for carrying business.

Banks do not ask companies to pay for using Quorum. Farooq mentioned that allowing various organizations to use one platform powered by blockchain might resolve blockchain developing application standards and exchange information.

JPMorgan’s Quorum an open-source blockchain-based platform is the first of its kind platform that will be controlled through Microsoft’s Azure Blockchain Service. Russinovich further said that Quorum is developed over the Ethereum protocol, and Ethereum protocol is the largest blockchain developer community in the world. So ‘Quorum is a natural choice.’