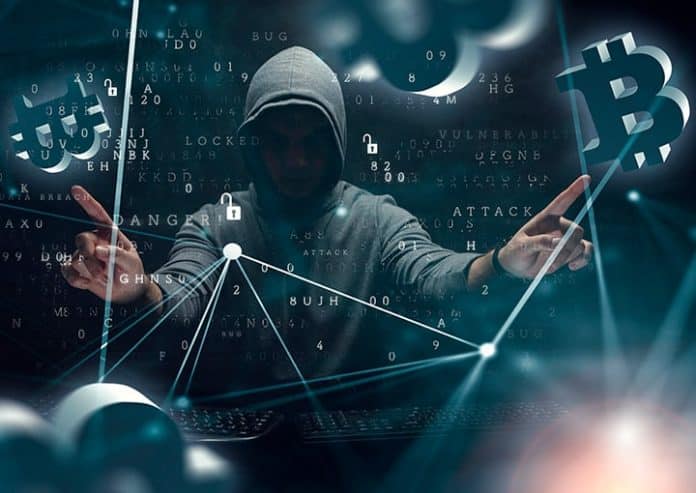 Cryptocurrency appeared in 2009 with the launch of Bitcoin, created by Satoshi Nakamoto (an anonymous group or person). This digital cash system uses a technology called blockchain, that stores transaction data accurately and transparently, which can be publicly accessed by anyone.

All cryptocurrencies that exist today use a variation of blockchain technology. Blockchain is a chain of blocks that timestamp the transactions to prevent double-recording or to backdate. Each block records transaction data, such as the receiver, sender, the number of coins transferred, and a cryptographic hash.

Each new transaction is sent over the network, and after the miners verify and prove its validity, it is then added to a new block permanently. No modifications can be brought to the recorded information of the block ever again.

To get new cryptocurrencies, some people use mining, but as it is a very resource- and time-intensive process, some have found a way of illegally making crypto.

Cryptojacking is a type of cyber-attack that involves using the computing resources of unknowing victims, which mine coins for the hacker.

It is worth mentioning that cryptojacking has become a popular option for hackers to get free crypto, as it is pretty hard to detect and not as punishable as other cybercrimes.

The Process of Cryptojacking

The process involves using cryptojacking software that makes the victims’ computers mine new cryptocurrencies from various blockchains. While the new crypto generated is deposited into the hacker’s wallet address, the costs of mining—electricity and computational power—is supported by the victim. All Internet-connected devices can get infected, not only computers.

Back in September of 2017, the Coinhive organization published on their website, a mining tool for website owners to earn crypto passively. However, cybercriminals used this code in their crypto mining scripts to hijack users’ computers.

After creating the script, the next thing they had to do was to infect computers with it. The most common way of spreading is malware.

Another common method involves deceiving users into downloading the cryptojacking script and passing it off as another software, or hiding it along with other software so it can get installed unnoticed.

With legitimate browser-based crypto mining, the owner of the site has to alert the visitor of the script, and only with the visitor’s consent can the site use his computational resources. Shadier sites do not ask for any consent and use their site visitors’ resources to mine crypto for them.

So, are there any ways in which you can detect if your devices have been cryptojacked?

How to Find Out if You Have Been Cryptojacked

●       Check if you have a decrease in performance

Slower performance is usually the first sign of cryptojacking, so you should check if there has been a decrease in processing.

As crypto-mining is resource-intensive, check if your system is overheating more often, as cryptojacking can damage the computer long-term.

Monitor and analyze the central processing unit (CPU) usage, either by accessing the Activity Monitor or Task Manager. If you notice a spike in CPU usage when you are on websites with little or no media content, it can indicate the presence of cryptomining scripts.

Scan for malware using your security software to find these malicious scripts or files and avoid installing them once detected.

How to Prevent Cryptojacking

Teach yourself to understand and spot the first signs of cryptojacking when browsing online, such as not clicking on links in emails or downloading from shady sources.

Several browser extensions can block crypto miners from web browsers, such as minerBlock, No Coin, and Anti Miner.

An ad-blocker can detect and block crypto mining scripts which are frequently embedded in web ads.

Disabling JavaScript can prevent your computer from getting infected with malware while you are browsing online.

Frequently track your own websites to prevent any pages from being compromised by cryptojacking.

To avoid cryptojacking, users should only access sites that have guarantee anonymity, security, and reliable bet processing, such as the 1xBit online casino & sportsbook.

1xBit is a fully anonymous casino that has one of the simplest registration processes. Users do not even have to attach an email, as with one click, the site generates a new account. As such, there is no spam or weird emails you have to worry about access.

The casino only accepts cryptocurrencies, meaning that you do not need to send any sensitive information about your banking situation. 1xBit accepts more than 20 cryptocurrencies, such as Bitcoin and Monero, and users can deposit multiple coins, as they have access to a multi-currency account. Cryptocurrencies also enable faster payouts, and there are no transaction fees on 1xBit’s part.

A generous bonus of 7 Bitcoins awaits new users, which can be claimed through a series of 4 initial deposits.

Stay safe and keep your computer and devices protected from cryptojacking by only accessing reputable and secure sources, such as 1xBit!