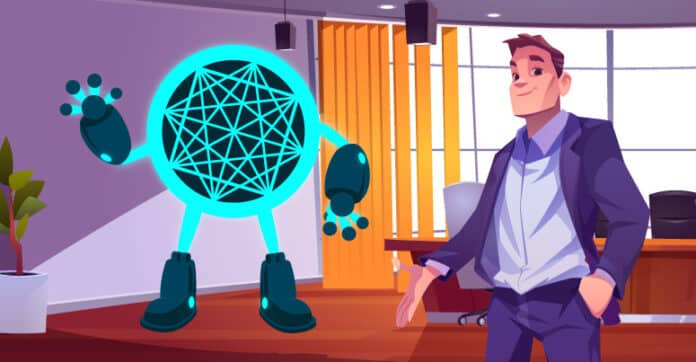 Metaverse is heavily connected to blockchain technology. This has been noted by several analysts at Goldman Sachs. The virtual world has already taken the users by storm. It is expected to grow more in the coming days.

Decentraland has started to get noticed as it unlocks the doors to the entire virtual world. It has generated sufficient profits for the holders, and therefore it has been termed Hidden Gem by many experts.

The capability of Decentraland lies in being able to uniquely identify a virtual object without the involvement of a central authority.

The future of Decentraland is being debated a lot, not just within the community but also outside the community.

Like many Cryptocurrencies, Decentraland also experienced fluctuations in the previous year. However, it got separated during October 2021 when it began to rise at the rate of 75%.

The rising speed was slow despite a huge percentage. It still paid well after MANA touched the mark of $3 at the end of October 2021. The rising trend continued till Thanksgiving, when the value rose to $5.50.

It is normal for values to fluctuate in the Crypto market because of high volatility. Decentraland, for one, has been known to be very difficult when it comes to establishing a concrete trend.

Investors are always recommended to place their bets when the prices are low. Bets placed at the peak of the price rarely yield any profit. This was experienced by the holders of MANA, who bought at two different times.

Those who got on board during the peak time ended up losing their share as the price started to decrease. It currently stands at the value of $2.85, with an estimate of going further down.

Holders who got their hands on Decentraland in the earlier stage have generated handsome profits.

The value of MANA can touch a lower mark of $1.75 in the coming days. Many investors can look to buy their shares, and existing ones will have to hold on for a longer time.

Metaverse allows users to claim ownership over a virtual good or service on a blockchain-based ledger of parcels. With Decentraland being truly decentralized, it has become a primary way of buying virtual goods and services.

Samsung has become the first major brand to partner with Decentraland. It will open a non-physical store called Samsung 837X Store for a limited time, allowing users to access digital adventures and musical celebrations through Connectivity Theater & Sustainability Forest and Customization Stage respectively.

A question does arise if the hype around the idea of buying a virtual land in a Metaverse is real. People seek a physical presence of the land that they own. It is easier to buy virtual land but is it viable?
Meanwhile, you can take a look at this MANA coin price prediction to know where the token will stand in the future.