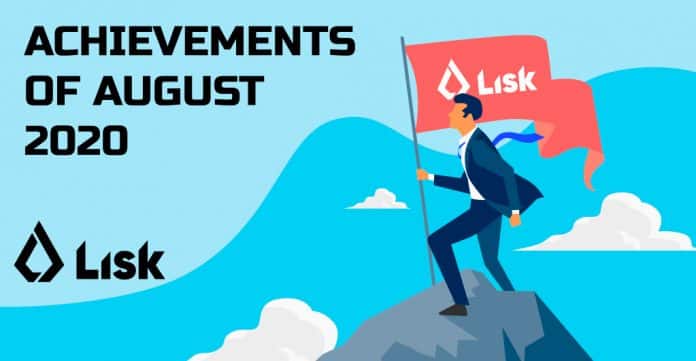 Continuing the practice of showcasing all its activities and achievements for every month in one place, the open-source blockchain application platform Lisk released a list of the same for August 2020. Let’s catch a glimpse of them one by one.

August 2020 saw the closing of the epic Create Monitoring Plugin of Lisk SDK 5.0.0, thus taking its total to 12. Lisk SDK is a software development kit for developers for building blockchain applications on the Lisk Protocol.

In other words, these modules are split versions of schema definition, transaction processing, and block processing.

3. Release of Desktop Version Lisk 1.27.0Lisk released its desktop version Lisk 1.27.0, which it claims to be equipped with some exciting new features as well as improvements to the existing ones.

Another development was the introduction of Lisk Codec for developers with less requirement of blockchain space and network communications.

Its Recurring Payments project is based on a proof-of-concept blockchain application and supports recurring transactions.

Lisk selected one of its users, @minions, as the Community Hero of August for supporting its online community and community channels.

A new project by Aldo Suhartono Putra called Collabolancer was added to the Lisk Builders program. The goal of the project is to create a decentralized marketplace for freelancers.

8. Ranked No. 1 in Developer Activity

A new website was launched for the Lisk Foundation, which will provide developers and users with everything related to the Foundation Council. This non-profit is responsible for developing and promoting Lisk projects.

10. Introduction of Blockchain Technology in the Real Estate