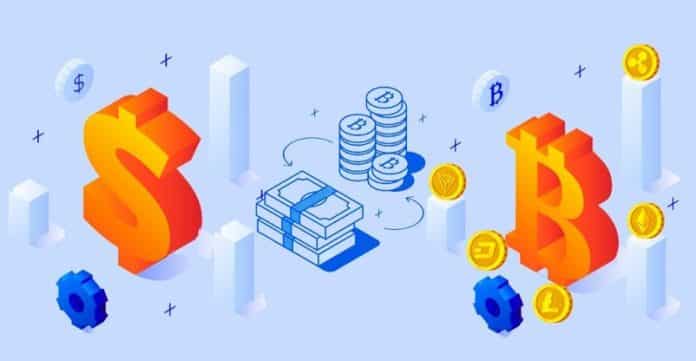 Cryptocurrency and blockchain technology have already created ripples in the world of finance and technology and revolutionized the way currency has been traditionally viewed. It has almost been a decade since Bitcoin, the first cryptocurrency, was discovered, and since then, economists and financial experts have mulled over the question that whether Bitcoin or other cryptocurrencies called Altcoins, would replace traditional currency.

Bitcoin is considered by many as the ‘original cryptocurrency’ as it is still the most popular and widely adopted cryptocurrency. Bitcoin has almost become part of mainstream transactions for several companies and the list is growing every day. Various entrepreneurial initiatives like setting up of Bitcoin ATMs, and establishment of startups like Flexa, a payment network, has made the transition from traditional to digital currency a smooth one. Bitcoin has also been adopted by some governments as a mode of payment for certain public services and certain sections of the e-commerce industry, and it has become the go-to currency amongst digital currencies.

Altcoins like Ethereum, Litecoin, etc., however, have a limited level of acceptance and have not been ‘mainstreamed’ as much as Bitcoin. A few enterprises, especially online stores, have started accepting these cryptocurrencies, but the list is limited compared to Bitcoins. Digital currencies enjoy some obvious benefits which have led to their growing acceptance like they cannot be counterfeited; once made, the transactions cannot be reversed. Transactions also remain anonymous; unlike credit or debit cards, which uses a ‘pull model’ to operate, cryptocurrency is based on a ‘push model,’ which helps in the exchange of limited information. Cryptocurrencies also remain unaffected by interest or exchange rates, transaction fees and are a decentralized system of currency, which also ensures security and automation.

However, with benefits come associated risks, like price volatility, non-regulation by the government, which often leads to misuse of illegal activities. Like several scams and illegal ways of extracting users, money has become common these days; the Bitcoin code is one such example where many have questioned is the bitcoin code is real or not. The website of the Bitcoin code keeps changing and claims to predict market trends and promises huge gains for trading. Various cases of such fraud are coming to light every day.

But replacing or adopting cryptocurrencies at the cost of fiat money is yet far from becoming a reality. Mainstream adoption becomes slightly difficult as application and usability in the traditional payment paradigm will take some time to occur, much like acceptance outside the community of crypto enthusiasts. Payment apps can play an important role in increasing the use of cryptocurrency for real-world payments and other applications. Besides, governments across the world would also have a significant role in popularizing cryptocurrency outside their traditional sphere of use. Bitcoin is, however, the only cryptocurrency that we can pin our hopes on for acting if not as a substitute but as an alternative to fiat currency.

Litecoin to Sponsor UFC Event in Bid to Raise Awareness