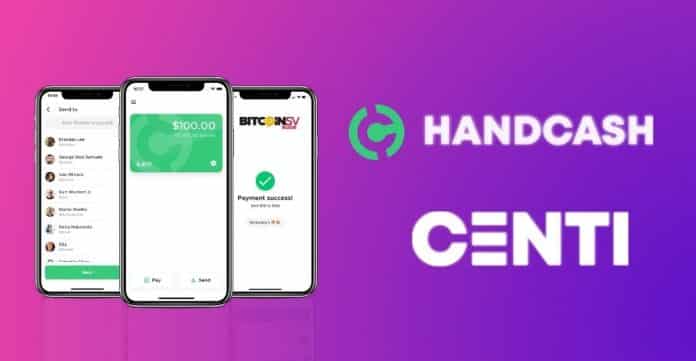 In path-breaking news, HandCash has tied up with Centi to offer payments in Bitcoin SV at the outlets where their point of sale systems already exists. This is a massive development as the goal of the Swiss company Centi has been to boost payments in Bitcoin by effortlessly integrating the technology into the present payments infrastructure and processing terminals.

Once this is done, Bitcoin SV payments will be converted immediately into the currency that the merchant deals with. This innovation has received a boost after it was noticed that the popularity of the QR code as a payment gateway has soared in recent times outside Asia. Centi was quick to latch on to the expanding potential and the tie-up with HandCash will give a huge fillip to this project.

This POS project in Bitcoins is not new for HandCash but with a difference.

For HandCash, the focus hitherto was on Bitcoin-to-Bitcoin payments, which have been common worldwide. But this shift to a new territory—Bitcoin-to-Fiat payments has far-reaching implications in facilitating merchant-customer relationships in the cryptocurrency ecosystem.

Even though this is a new venture, the whole process has been kept very simple without the need to set up complex hardware or software systems. The Point Of Sale interface will remain the same as will be the user-friendly experience on HandCash. Extensive training for store personnel handling receipts to adapt to this system is also not required. There will be no difference in procedures between Bitcoin payments and what they have been handling till now.

Centi has placed its trust on its partner to be the driving force of this new venture because of the reputation that HandCash brings to the table in this field. They are known to be established innovators and not averse to taking a few risks to ensure the success of a project. Centi is a Bitcoin SV payments processor based in Switzerland and runs the system that helps merchants accept payments in Bitcoins on their traditional Points of Sale Infrastructure. Not only that, to transition from fiat currency payments to Bitcoin payments, the same POS terminals are used, and hence, merchants will not have to invest in additional hardware and software. This streamlined payment solution for Bitcoin attracts lower merchant fees too.

Litecoin to Sponsor UFC Event in Bid to Raise Awareness