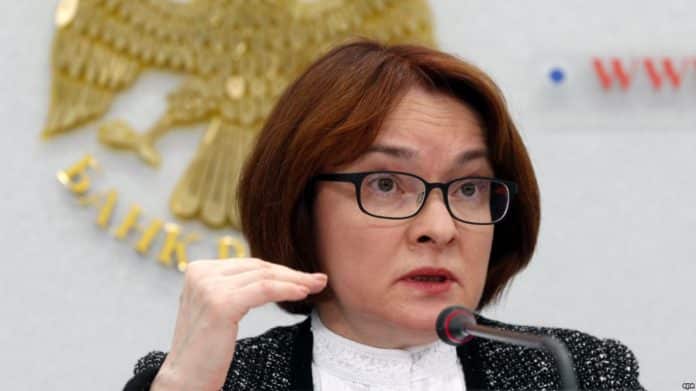 Elvira Nabiullina who is the head of the Central Bank of the Russian Federation has recently shared her views regarding cryptocurrency at the FINOPOLIS innovative financial technology forum.

In her belief, the failure of a majority of blockchain projects and their ICOs resulted in more practical and sober investors than ever. She said that the investors’ exhilaration toward cryptocurrency has begun to cool.

She stated, “We are holding the FINOPOLIS forum for the fourth time. Earlier, this event used to witness a cryptocurrency fever everywhere. But now, it is visibly beginning to disappear.” she added, “Back in old times, technologies like blockchain caused a great deal of enthusiasm, but, in our opinion, now a more sober attitude towards such technologies has begun.”

Meanwhile, crypto market and blockchain technology are evolving in Russia impressively. Earlier, President Putin has affirmed that they would create a regulatory framework for blockchain economy as the pressure of U.S.-imposed sanctions grows on the land. Though, the legislative walk to recognize bitcoin and similar digital assets so far has been slow.

Additionally, Nabiullina gave a hopeful view about the emerging technology, recognizing that aftereffect of 2018’s bearish action would enable businesses to grow blockchain by choosing practical projects instead of sensational ones.

She elaborated, “Business is trying to improve such technologies, looking for cases for the practical application of them.”

In Nabiullina’s perspective, the initial coin offering (ICO) model is an efficient way to raise funds. Her opinion differs with many of her global peers who hold a negative stance towards it.

However, The central bank chief points out that the first significant wave of ICOs was flooded with frauds, as evidenced by the failure or scammy nature of more than 90 percent of projects introduced in the last two years.

Her statements help to showcase the Russian central bank’s approach towards ICOs. Though her comments contrast with Nabiullina’s old attitude regarding crypto assets.

Apart from that, she compared cryptocurrency craze with gold fever back in 2017, after that she indicated her disinterest towards regulating cryptocurrencies or even putting them in the same category of foreign currency.