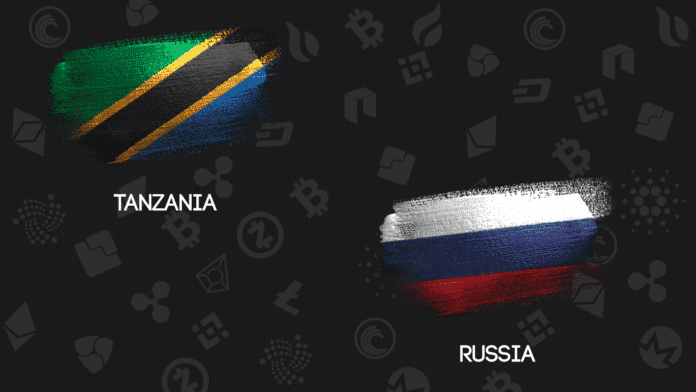 Tanzania recently signed a contract of $175 million with Russia. Under the contract, Tanzania will build two dry-cargo ships for the Russia government. Interestingly, the payment will be made in a cryptocurrency, Prizm, which currently is trading at $0.8 per chip. This is the first time in history that the cryptocurrency contract signed between Russia & Tanzania.

Elaborating about the collaboration, a representative of the Russian delegation stated that payment in cryptos is beneficial for the nation as dollar, if deposited in a bank, grows at 6% per annum. However, Prizm hikes at a rate of 10% per month or 120% per year if kept in the wallet. Cryptocurrency is independent of sanctions, banks, and politics. Any transaction in altcoins cannot be blocked, and transactions cannot be canceled.

He went on to add, “not a single international community can turn off a transaction service, but it can easily turn off Swift.” Notably, the Russian delegation has also signed an MoU with Tanzania on mutual trade via payment in Prizm.

As per speculation, with the new system in effect, the trade turnover of Tanzania with Russia can grow up to 10 times. Russia has shown some leaning toward cryptocurrencies as an alternative method of payment in recent times due to the western sanctions on it. Further, in the recent meeting of the BRICS summit, the community has hinted at developing its own crypto for the mutual exchange of goods and services.

According to reports, Prizm might become one of the cryptos backed by BRICS. On top of that, Russia is looking out for an alternate method of payment for international trade. Interestingly, cryptocurrencies have been one of the most sought after asset for money accumulation after 2014. There has been a general trend all over the world when it comes to keeping savings in banks, especially in countries where the government is unstable.