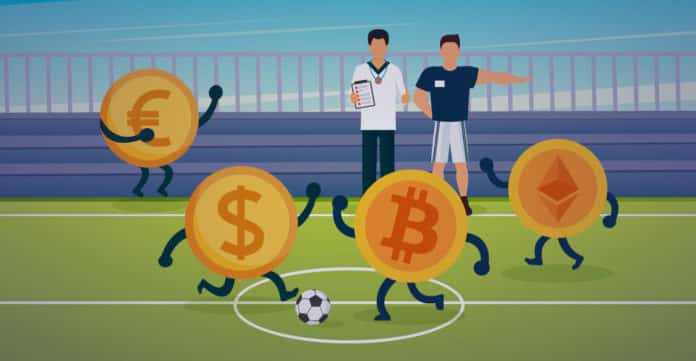 Government-administered currencies, termed as fiat currencies, have been in use for quite a long time now. These currencies have played an important role in the evolution of modern-day society, and their contribution has been very well documented by various anthropologists around the globe.

Fiat currencies have helped us to move from the traditional barter system and made us more civilized in our transactional approach. That said, the breakneck speed of innovations in the 21st century has somewhere made the concept of Fiat currency a bit old and slow. This is specifically true in the context of an increasingly globalized world where businesses cannot wait for days or even hours for transactions to happen. This is exactly where the relevance of cryptocurrencies comes into the picture. Digital coins are extremely useful from speed viewpoint as transactions involving cryptocurrencies complete in just a matter of minutes. Besides speed, cryptocurrencies offer a host of advantages over fiat currencies,` and in this article, we are going to explain some of such important distinctions that digital coins have over their conventional counterparts.

Thanks to the swift transactions owing to the short processing time, cryptocurrencies are contributing a lot in providing a much-needed impetus to the global trade. Parties involved in the businesses need not wait for days for completing transactions, which means the overall efficiency of the system increase significantly.

Most of the businesses today rely heavily on the timely delivery of products and services. In the case of fiat currencies, the processing and clearance of the payment cause an inordinate delay, which could result in compromised quality of products. When the transaction is made through cryptocurrencies, it is processed in a matter of minutes, which gives clearance signal to the supplier who then delivers the product without any lag; thereby boosting trade prospects between parties globally.

The use of cryptocurrencies not only results in time-saving, but it also helps to decrease the overall cost associated with the processes. When a payment is made through the Fiat currency, the intermediary involved in the process (bank or financial institution) will charge a certain percentage (0.5-4%) for processing the payment. In addition to this charge, most of the time, you will end up paying a one-off charge, thereby losing somewhere around up to 5% on transactions.

This increase in the cost will be then passed on prospective customers who might not like the price hike and abandon the purchase or switch to a competitor. On the other hand, if the organization decides to bear the extra cost, it will have a negative impact on its profitability. There is no such issue of transactional or one-off charges in the case of cryptocurrencies, which definitely leads to a considerable saving in cost, leading to more profitability and sustainable business in the long run.

Another issue with fiat currencies is that their valuation lies in the fact that it depends upon the economic status of the country. This, in turn, depends upon the ruling regime and the policies adopted by the ruling governments. These policies continue to change as different economic orientations around the globe keep on swapping the power. Further, the decision of the government to print more or less fiat currency also impacts their value. In sum, the fiat currency tends to change its value, and this is specifically significant for global traders who are concerned with the exchange rate of fiat currencies.

Cryptocurrencies, on the other hand, are decentralized in nature, which means they are not ruled by any government or federal authorities. That is the reason behind its popularity and adoption for crypto games. Of course, the value of digital coins also alters, but the change is caused by market forces rather than by government authorities. Therefore, in terms of political risk, digital coins are safer than Fiat currencies.

Cryptocurrencies are not impacted by the rate of inflation, which seems to be a dominant force when it comes to fiat currency. If you choose to put your money into the bank account, you will be losing on the profit as the rate of inflation is sure to come higher than the interest rate provided by the bank authorities. However, investment in cryptocurrency will mean there is no risk of devaluation, unlike traditional money, where governments can print more notes to devalue the currency. Hence, in the long term, it is better to put your money in the digital coins rather than keeping in your bank account.

There is no taking away from the fact that the conventional monetary system powered by fiat currencies has contributed immensely to the evolution of society and culture around the world. But now, with changing demands, lifestyles, and expectations of modern times, the fiat currencies have started feeling old in the tooth. In today’s fast-paced scenario, cryptocurrencies make more sense, and their distinguishing characteristics such as speed, accuracy, and decentralized structure make them a preferred choice in the continuously evolving global arena.