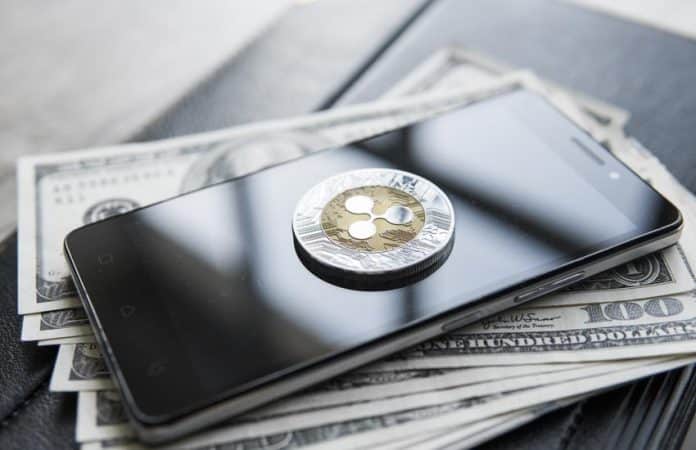 Cross border payment system is one of the fastest-growing segments in the financial industry. Many factors are aiding its progress with some of the prominent ones including globalization, cross-country trade, migrating population, and changing socio-economic conditions. All these trends have fuelled cross-border payments, leading to the increased importance of the category for the financial sector.

In the current scenario, banks have dominance in the cross-border payment systems with an astounding share of 95%. This is in spite of the fact that the system adopted by banks lacks transparency, comes with high processing fees, and often takes more than the desired time for a transaction to take place. These are exactly the pain points that can be overcome with the help of blockchain technology, such as the one offered by the Ripple Network. Just so you know, Ripple is based on an open ledger decentralized blockchain network having special competence in cross border payments. Within a short period of time, the network has been able to carve a place for itself thanks to its higher transaction speed and lowest processing fee. In fact, Ripple today is considered one of the credible alternatives to established players such as Western Union and Swift in cross-border remittances. Before we delve into what special Ripple has on offer, just take a look into some of the major issues grappling the current cross-border payment industry today.

Cross border transaction systems offered by banks and financial institutions are complex as they involve a large number of third party agents. Intermediaries are required in order to settle the payments in different countries and their involvement in the process certainly makes the things complex. Further, issues get complicated when different parties do not provide transparent information about the processing fees and as a result, customers get overcharged for the transaction.

Both small and big organizations bear the brunt of the traditional banking systems while making cross border payments. While large organizations are worried about the fluctuating rate in the foreign exchange, smaller organizations face the difficulty regarding the high fees charged by the banks and intermediary agencies. In the backdrop of these difficulties faced by the customers and companies, banks and financial institutions are now using blockchain technology such as the Ripple network in order to settle the cross border payments.

To highlight some of the existing inefficiencies in the cross border payment system offered by the banks and financial institutions, we take the example of SWIFT and Western Union money transfer service. These players are the leading companies in the cross border payment domain and have been serving the customer for years now. SWIFT is the messaging system that provides information to the corresponding banks about the transactions. SWIFT is the leading player with a network of around 11,000 banks and provides information about the payment orders which the corresponding banks have to settle between them. But the issues with SWIFT are its slow operating speed, high charges, and lack of transparency for which it often comes under criticism. Western Union Money Transfer is another credible name in the cross-border remittance industry; however, the slow processing speed of the system, which can handle 32 transactions per second, is something that doesn’t bode well for its ambition to expand market share.

Ripple Network: Best of Both Worlds

Ripple blockchain technology can combine the advantages of high speed and low processing charges. The processing through the Ripple is quick as there is no intermediary or third party involved. This real-time processing capability is something that is highly valued by banks and financial institutions. Another important advantage offered by Ripple is its ultra-low processing fee. As per Ripple News, Ripple charges only a fraction of fees charged by other cross-border remittance services, which bring the factor of affordability and cost-effectiveness to the table.

Ripple offers the cross-border payment facility under the name of xCurrent. The Unique advantage offered by the xCurrent is the fact that banks do not require Ripple’s native coin XRP to process the payment, which makes the whole process cost-effective and fast. Ripple has also started providing a payment messaging facility now, which enhances the overall convenience for both banks and service users. Ripple has also struck a number of important partnerships, including the one it has now with Finastra in order to expand its cross-border remittance service. According to the agreement, Finastra customers can use the blockchain technology of the ripple network in the payment solution offered by the company for fast and cost-effective payment settlements.

There is no doubt that speed is an important factor when it comes to the cross-border payment system. Ripple has definitely an advantage over SWIFT in this particular speed aspect and it is interesting to witness that the latter is also putting efforts to rev up the speed of transactions.

The conventional financial system, especially the cross-border payments, can be immensely benefited from the integration of blockchain technology. Ripple Network, powered by an open ledger decentralized framework, has the potential to become a game-changer in cross-border remittances, the segment that has long been dominated by the banks and financial institutions. That’s not to say that Ripple doesn’t have its own set of challenges to overcome, but it seems that the network is well-poised to take the game forward with aplomb. If you are more interested in Ripple (XRP) updates including current price and Ripple Price Prediction then you must check out our other page to know more about it.