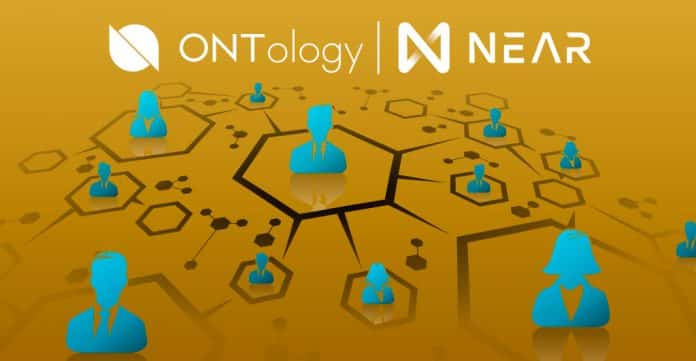 Ontology is an open-source and highly performant blockchain for self-sovereign ID and data. Its sole aim is to deliver a fast, user-friendly platform equipped with a unique infrastructure, facilitating powerful cross-chain collaboration. Recently, it has taken a step forward to expedite the proliferation of secure decentralized ID solutions by collaborating with the NEAR protocol. This collaboration will bring advancement in the DID Ecosystem.

Under this deal, Ontology will provide technical support for NEAR’s DID (decentralized Identifier), to achieve W3C registration and smart contract implementation. Before this deal, the company launched the latest version of ONTO, a data wallet, aimed to provide the users with full control of the value of their data. There was also an upgrade done to their existing ONT ID.

According to Erick Pinos, lead of Ontology Americas Ecosystem, this collaboration with NEAR will help the company to broaden the control considerably when it comes to delivering world-class decentralized identity protocols. Both the companies share almost similar goals of strengthening the approach of decentralized identity solutions and enterprise-grade blockchain applications. He further elaborated on the company’s interest to thrive globally as a robust DID ecosystem provider while educating the people about the extensive benefits of tangible and real-world DID applications.

Talking about NEAR, it is a secure decentralized application platform to handle valuable assets such as money or an individual’s identity. The software is built using Doomslug, a novel consensus mechanism. NEAR protocol works by splitting the network in multiple chunks, known as sharding, for parallel computation. In the past, the company has won various recognitions as world championships and has worked with some major companies like Facebook and Google.

Recently, NEAR completed a $21.6 million funding backed by Electric Capital and others, along with the launch of MainNet for cryptocurrency transactions.

Erik Trautman, CEO of NEAR Foundation, said that they are extremely happy and excited to receive the technical support of the Ontology team, specifically about one of their most powerful decentralized identity solutions, ONT ID 2.0 that helps to streamline cross-chain interoperability. This will also allow the company to strengthen its partner network while serving the growing consumer base with the prowess of ontology solutions.

Both the companies, NEAR and Ontology, share a similar goal of mainstreaming decentralization, leveraging the prowess of blockchain technology to global business groups. And, this latest deal between these two will be quite progressive in it.