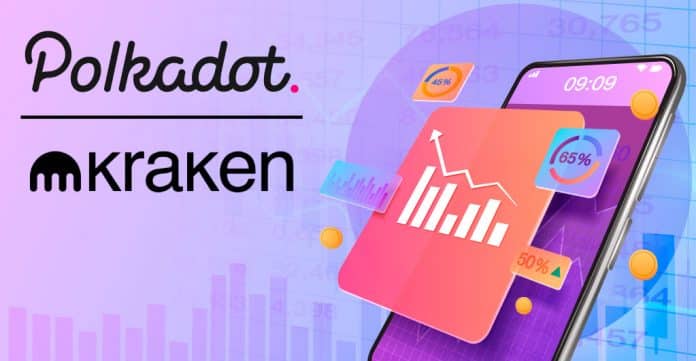 Polkadot is officially listed on Kraken and will begin the trading from August 18, 2020. Due to the change in schedule, DOT is currently denominated outside Kraken’s control, and its clients might have to witness a variance in their DOT balance.

The redenomination changes how DOT will be defined based on its unit in the account, the Plank. After August 21, 2020, the DOT will be denominated as 1e10 Plancks from 1e20 Plancks moving two decimal places.

Redenomination does not require any change to the underlying protocols, so the redenomination timing is flexible for the wallet providers and exchange platforms. Kraken will be listing the Polkadot tokens denominated as the new tokens on August 18. If you add 1 Old DOT on Kraken anytime between August 18- August 21, the user accounts will be credited with 100 new DOTs.

The clients who have claimed the Old DOT with Kraken will witness their balances getting converted to New DOT before August 18; in more straightforward terms, the users will not be able to make transactions with the new DOT from Kraken account before August 21.

The current price of the Old Dot is $330, if there is no significant change in the rates by August 18, the market price of the New DOT on Kraken will be $3.30 after the redenomination. Kraken aims to prioritize the client requirements, so they strive to list the assets on time so that the users can enjoy maximum benefits.

Polkadot is a cryptocurrency aiming to form a network for the public and private blockchain to provide exchange services for both custom assets and data. DOT plays a crucial role to maintain and operate the Polkadot network. DOT can be used widely for value storage, payments, or staking and delegating.