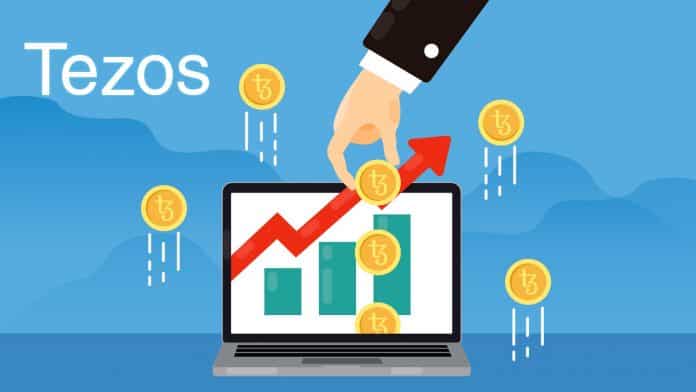 Recently, we have heard the news about a new layer 2 privacy-preserving payment solution that may come to Tezos. This has been made by Bolt Labs. Bolt Labs is a crypto-based startup with some links with the founding scientists behind Zcash. The advanced features and new innovations are likely to give a significant push to Tezos in the long-term.

Yesterday, XTZ coin was trading under bearish hold as it spotted around $2.98, and from the beginning of the day, it adopted a gradual decline. By almost 13:00 UTC, Tezos faced a sharp decline & lost almost $0.15, and touched $2.83. The next few hours also continued the struggle. However, it managed to trade above $2.90, but again it fell and tested key support area at $2.74 by 19:00 UTC.

Later, XTZ/USD regained momentum and marked a slight improvement over the next few hours. Around 21:00 UTC, it retested a $2.84 mark. However, Tezos again faced a sharp decline, but today, it managed to exhibit a steady upside movement, and it currently trades around $2.90. The MACD shows a bullish crossover, and over the next few hours, the XTZ price may cross $3 price mark with strong support at $2.8.