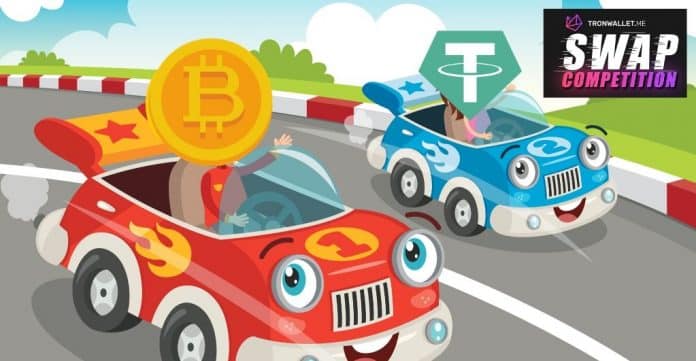 TronWallet is planning to launch its first leading Swap Competition as it is keen to celebrate the addition of USDT/BTC and BTC/USDT pairs. The pairs have been added to the TronWallet In-App Swap Exchange. They will be made accessible at TronWallet’s newest update v.3.1.5. It is worth noting that the pairs will be accessible for both iOS and Android.

According to reports, the prize pool for the Swap Competition includes 1000 USDT and one million TWX that is scheduled to be shifted to the leading 13 Swap users by volume along with one random lucky winner. It implies that anyone holds the chance of winning independent of the volume or a total number of swaps carried out by a single account.

Key rules of the Swap Competition:

It is worth noting that USDT/BTC or BTC/USDT have emerged to be the major Swap pairs that will remain available in the competition.

According to information available, the competition period has begun from March 5, 2020, at 21:00 GMT and will last till March 19, 2020, till 23:59 GMT.  The TronWallet team is likely to announce the winning addresses soon after the conclusion of the competition.

TronWallet’s latest Swap Tool allows any particular user to effortlessly exchange Bitcoin, USDT, TRON, and TRX-based tokens sans any hassles and that too directly inside the TronWallet app. Swap has emerged to be highly safe and ensures the least exchange rate and market price. It also lets the users save 25 percent on fees by utilizing the TronWallet’s native token TWX. Possessing TWX in your wallet can significantly bring down the fees to a considerable extent.