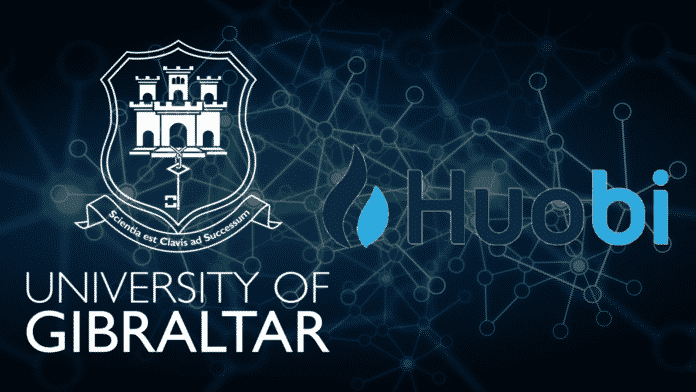 As per the agreement, it will work for the growth and collaboration of academic research, education, and other programs. The creation of courses in the important areas of crypto, blockchain, and fintech.

Dr. Yu Jianing, President of Huobi University, said that the main aim of the University is to focus on the innovative business models on digital finance and blockchain technology. Its objective is to nurture the top entrepreneurs and investors in the field of blockchain. He also added that partnership with the University of Gibraltar is a move to internationalize Huobi University.

The British self-governing Territory of Gibraltar is a beginner in the field of blockchain and cryptocurrency integration.

Huobi University is associated with the Huobi Group. The University of Huobi has worked with the Government of Gibraltar in the field of blockchain, earlier as well. It has been awarded a DLT license from the Gibraltar Financial Services Commission (GFSC).

Huobi Group is among the leading exchanges of the blockchain space across the globe and operates with a customer-focused approach.