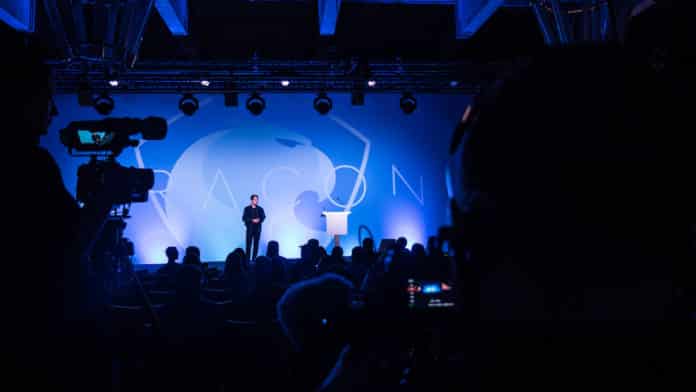 Aragon is an Ethereum based project; the project is involved in designing tools and apps for decentralized firms. The Aragon token holders have recently voted to support Polkadot platform, a blockchain interoperability system and are not in favor of project development assets.

In 2017, the company managed to bring fund of worth $25 million through an initial coin offering.  Aragon is a non-profit organization. The Aragon association is responsible for collecting investments holdings in Ethereum of over $30 million and an extra $6 million through other fiat currencies and cryptocurrencies.

A few weeks ago, Aragon (ANT) token holders voted for a proposal that will diversify project assets into a new currency. The new type of currency is not available in the public domain.  As of now, Aragon Governance Proposal (AGP) 41 has recommended that the Aragon Association can buy DOT tokens of worth more than $1.5 million; this would be used to enhance the development of Polkadot.

The Aragon Governance Proposal (AGP 41) did not reveal the price of DOT token due to ‘legal reasons,’ CEO of Aragon One, Luis Cuende said. Although in January 2019, it was announced that Polkadot was planning to generate fund of worth $60 million through fund round. Earlier, Polkadot had raised a massive amount of worth $145 million through funding at the time of its first token sale.

Despite the big Polkadot achievement, the Ethereum community has developed some fear towards Polkadot, and most of them believe it a direct competitor.

One of the ethereum developers replied over the development speed of Polkadot on the social media, and upon commenting he was harassed deliberately, and this made him leave the ethereum based community.

Moreover, a challenging proposal was developed together with AGP 41 and Spankchain CEO, Ameen Soleimani in an attempt to stop the Aragon development on any network other than ethereum.

According to a tweet that went viral on Saturday, the holders of Aragon token did not accept both the proposals.

It was announced that nearly 92.29 percent of votes were against the proposal of AGP 41. On the other side of the coin, 68.71 of them were against the developments of Aragon that was only limited to the Ethereum network and not Polkadot.

As per Cuende, the only reason for the denial of AGP 41 proposal could be because of a lack of transparency regarding DOT token pricing.

Cuende informed a source that

Cuende added that the rejection of AGP 41 was down due to lack of trust in the Aragon Association of the ANT token holders.  He further commented if you wish to create a democracy, you need to include active citizens, mostly those who think differently.

Meanwhile, Aragon Association has decided to make no investments in DOT tokens due to Saturday’s vote data; however few board representatives of the Aragon Association such as Cuende and others have said about the desire to purchase DOT token, the amount revealed remains secret.