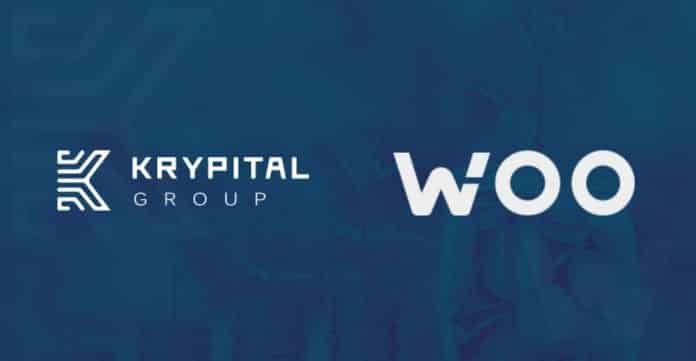 Wootrade has been able to successfully get the Krypital Group on board as a strategic investor. Wootrade is one of the promising organizations that offer zero trading charges for both futures and spot categories.

Krypital Group will help Wootrade in the development of its ecosystem along with other investors who are also contributing to the success story of Wootrade. Some of the other prominent venture capital organizations funding Wootrade include Fenbushi Capital, The Cabin Capital, Chain Capital, Vector Capital, One Boat Capital, AKG Ventures, Axia8 Ventures, and Evernew Capital, among others.

It is really amazing to witness that, within a short span of six months, Wootrade has been able to attract investment from more than ten institutional clients and exchanges, including big names such as Vector Capital and One Boat capital. The investment specifically from the Vector Capital and One Boat capital is significant given that both these players are already operating by offering the feature of zero Commission fee – a feature that Wootrade wants to offer as a key part of its services.

The development is essential, especially in the run-up to the launch of the WOO token that will get into the pre-sale phase shortly. Nine venture capitalist organizations have already contributed to the fundraising campaign of Wootrade, and among these, the name of Fenbushi Capital is worth mentioning. Fenbushi Capital is one of the most significant venture capital firms operating in Asia. The company has a long history of identifying and funding startups that have proved ultra-successful in the future. Another important aspect adding to the credibility of Fenbushi Capital is its advisory board, which consists of the co-founder of Ethereum Vitalik Buterin, among others.

In a short time, Wootrade has been able to get many key strategic investors on its side. The startup seems to have caught the fancy of investors and going by its vision and business plan, and it is expected that Wootrade will be able to deliver big on its promises.