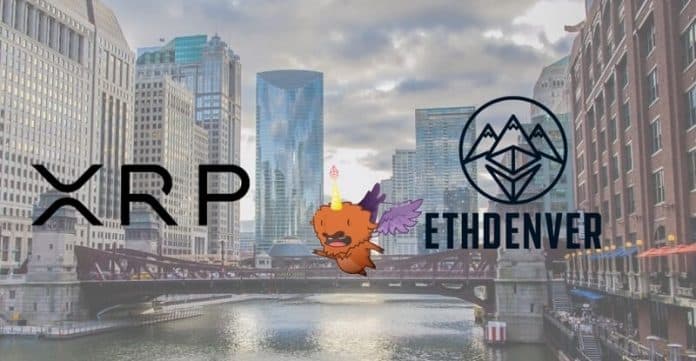 Ethereum and Ripple are redefining the partnership definition. Usually, a partnership used to take place for a particular project/s. But these two crypto platforms are reshaping this definition by carrying on with this equation for a long way with the help of a bridge between them. Last week, Ripple, instead of forming an official partnership, sponsored ETH Denver, which is the largest ETH conference and hackathon in the United States.

Ripple seeks to be the ‘standard’ for instant payments and remittances. Whereas, Ethereum, on the other hand, is seeking to be the first-ever decentralized computer. Looking at the track record of market cap and partnerships of these two platforms, we can easily see how close these two platforms are to their respective aims.

An introductory glimpse at Ethereum:

An introductory glimpse at Ripple:

Now, imagine the potential of growth these power-packed crypto platforms can offer together. That is where Warren Paul Anderson wanted to point at when he mentioned about forming the bridges.

Ripple’s Xpring is an open-source venture. It creates open software, protocols, and standards, in order to develop the XRP community and all those communities that share the same platform. That is how supporting Ethereum came into the picture. Reports further revealed that Xpring had sponsored 3 challenges during the ‘Sustain Web 3’ ETH Denver event. These three challenges have interoperability as their theme, and the main focus is on creating bridges between ‘XRP Ledger (XRP) and Ethereum (ETH) over Interledger Protocol (ILP).’ The platform further added: