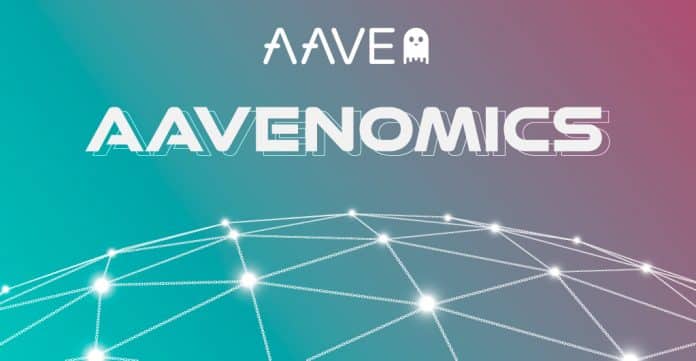 Aave, the open-source and non-custodial DeFi (Decentralized Finance) Protocol, which was launched earlier in 2020, has rolled out plans to release governance token, as a giant leap towards a greater decentralization process. Aave focuses on creating a transparent and open infrastructure for DeFi that will allow the users to borrow assets and earn interests on deposits.

Aave, formerly known as EthLEND, released its money market earlier in January 2020 after completing an ICO in 2017, raising $16.2 million. Now Aave is planning to go fully autonomous by transferring its protocol ownership over to a “genesis governance” built by token holders. Its native LEND token will also be swapped for the new AAVE token.

Accordingly, 1.3 billion LEND tokens will be swapped with the newly minted Aave for 16 million AAVE at a leverage of 1:100. Out of this 16 million AAVE, 3 million will go to the newly created “Aave Reserve” for protocol upgrades, and the remaining will be issued to the holders of LEND.

All these about the planned roll-out process and the swapping of the LEND tokens with the freshly minted Aave tokens were outlined in a document released by Aave on Wednesday. The team has named the process “Aavenomics,” that introduces a robust network infrastructure to leverage multi-level governance, ensuring the sustainability of Aave.

According to the released document, the actual swap procedure will be started by a “genesis governance” poll for the actual LEND holders. Once it is approved, the deployment of the smart contracts will be initiated to facilitate the swapping process.

During the swapping process, the Aave platform will incorporate “liquidity mining” to attract more assets to the platform. A Safety Module (SM) will also be incorporated where the Aave tokens will be accrued to the users for making deposits on to the SM. The Safety Module is created via another DeFi protocol, which is also an Automatic Market Maker. These protocols allow users to swap tokenized assets like ETH or DAI on an open-source platform. Users can also earn the Balancer tokens as well as various network fees for deposits.

The SM will also work against the deficits in the money market. In short, the SM will be used to stake the AAVE tokens, and the Stakers will get the opportunity to earn both the token as well as the percentage of the newly generated protocol fees.

However, Aave is not the only platform that is heading towards autonomous governance; previously, MakerDAO also followed the same path for decentralized governance.