As Blockchain technology is thriving on most of the renowned financial institutes and firms, JPMorgan has intended an upgradation in Quorum. It is an enterprise-focused version of Ethereum, and it will be utilized to “tokenize” gold bars. Also, Quorum will enable users to operate smart contracts while using pre-programmed rules to automate them.

It is expected that The ethereum-based blockchain will be beneficial for users as it will provide the opportunity of earning a premium on the global market. Reportedly, the recent modification was described as “an indication of new trading opportunities the disruptive technology will create over the coming decade.”

On that note, JPMorgan Chase’s New York-based head of blockchain initiatives Umar Farooq claimed that “We are the only financial player that owns the entire stack, from the application to the protocol.”

Mr. Farooq stated that in the medium term tokenization of commodities could create new opportunities for global traders. 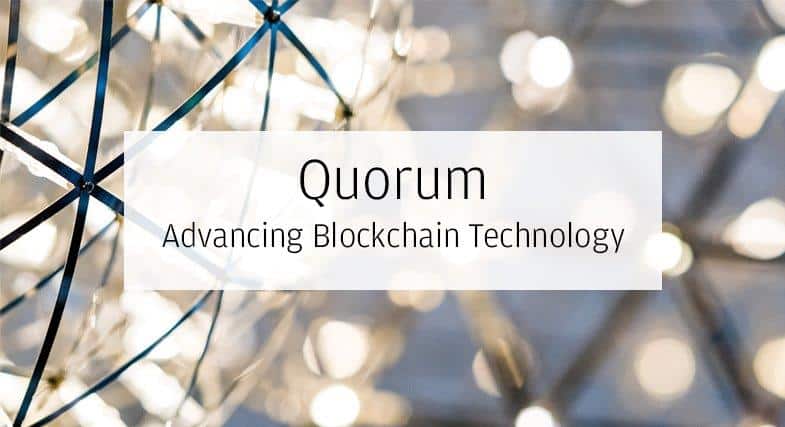 About the Upgradation
Quorum is focused to tokenize assets with the use of blockchain technology to efficiently digitize them. With that, they can move on distributed ledgers. Updating will lessen the need for intermediaries such as an exchange or broker.

Space will be created for direct transactions between parties, and eventually, reduce attendant costs and risks.

About JPMorgan
JPMorgan is a massive American multinational investment bank and financial services company headquartered in New York City. One of the most valuable bank JPMorgan is having total assets, with the amount of $2.534 trillion. The firm is pretty optimistic about blockchain utilization.

JPMorgan’s has developed the Quorum blockchain in collaboration with Ethereum Enterprise Alliance. The usability of Quorum in a private blockchain installation was attained using battle-tested technology from Core OS.