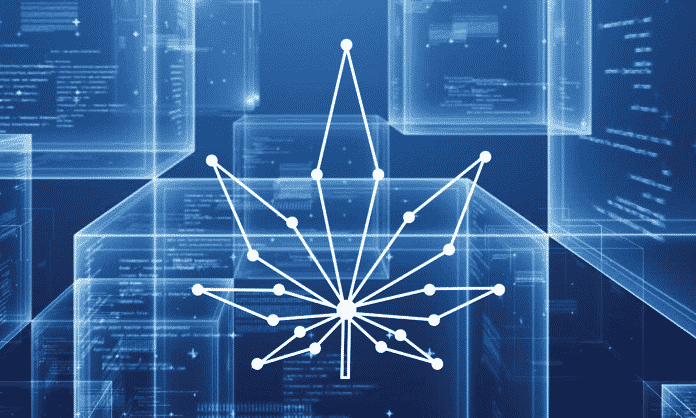 Cannabis has swiftly evolved into a big-money industry. According to market research and analytics, the worldwide sales of weed expanded to $10.9 billion in 2018, which was three times more than what was recorded four years earlier ($3.4 billion).  Reports also revealed that the estimated legal cannabis sales in the U.S. could double within the next five to six years, and people of North America alone, had spent over $56 billion on weed that year.

A growing industry as such requires proper supportive systems to ensure its smooth operations, but it faces many hurdles, such as- lack of decent banking support, constantly changing regulatory norms, and the problem of drawing-in steady investors.

Cryptocurrencies could be deployed to solve these challenges significantly. Blockchain technology could make cannabis businesses more secure and can develop them exponentially. The cannabis industry is predominantly a cash-only business. So it comes with the cons of all one-medium businesses and more. With decentralized technology, the cash-only businesses could record their sales on a secure-but-shareable “peer-to-peer distributed ledger” ledger which would help real-time auditing. That would be beneficial for regulators as well.

Cryptocurrencies being deregulated could become a workable form of payment for cannabis companies. Virtual currencies allow for fast, secure, and cashless payments which can be easily changed into fiat money or transferred directly anywhere in the world.

The blockchain technology can oversee cannabis operations from the grow-houses to dispensary shelves. A singular ledger system could inform the customers and also help manage the supply chain, and inventory processes- that would be a huge cost-cutter for farmers, dispensary owners, and transporters.

Theoretically, blockchain could also be used to ‘track a cannabis plant’s progression’ from seedling till a saleable product. It would make it more difficult for a crook to inject a faulty product into the supply chain, and extra difficult for anyone to mess with the decentralized ledger. A blockchain-based tracking solution or a “supply chain management platform” was announced to be deployed by the Montevideo-based cannabis company, Uruguay Can.

There are more than 17 cannabis-related cryptocurrencies in the market now, intending to help cannabis companies avoid banking issues, and dealing with cash. HempCoin, PotCoin, CannabisCoin, and DopeCoin are a few of the cannabis cryptos available; they have very small capitalizations, but they exist.

The advancement of blockchain technology has brought forward many new enterprises that are seeking capital from investors via initial coin offerings (ICOs). The new enterprises produce blockchain-based projects and issues tokens backed by the assets of the company (equity tokens) or tokens that provide customers access to the program and its services (utility tokens). Since ICOs are unregulated, they also allow startups to raise funds without having to comply with strict ordinances.

With the ICO market booming, more ICOs from cannabis companies attempting to raise capital could be on the rise too. The Orthogonal Collective is one such example who wants to invest in cannabis startups and is planning to conduct a security token offering similar to an IPO. They are to offer “tokenized equity” which is easier to trade than shares issued in an IPO. æternity also has similar services to offers to the cannabis industry.