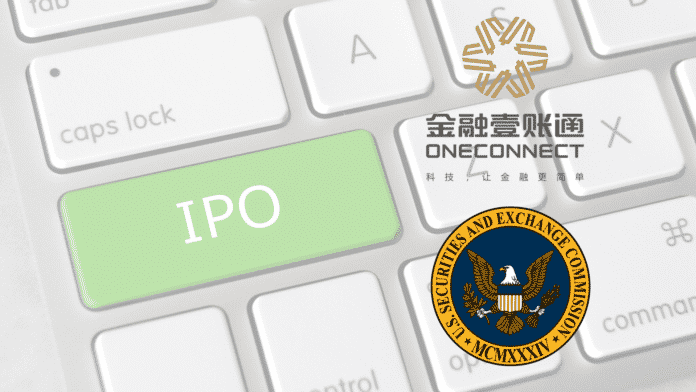 Recently, China’s leading fintech firm, OneConnect, filed an IPO (Initial Public Offering) with the Securities and Exchange Commission (SEC) of the United States. OneConnect is an arm of the leading insurance company Ping An, which is planning to list its American Depository Shares on NYSE or NASDAQ with its ticker “OCFT.”

OneConnect is currently working on the latest technologies like blockchain and artificial intelligence. The company filing with SEC is to target the raise of $100 million. If it gets approved, then the firm will list its shares on NASDAQ. According to the reports, the US filing failed to list its shares in Hong Kong and New York. Previously, the company attempted and raised $1 billion via IPO with a valuation of $8 billion.

According to the filing, the company OneConnect had revenue of $217.5 million, with a net loss of $147 million in nine months of 2019. The underwriters of IPO include JPMorgan, Morgan Stanley, Goldman Sachs, and HSBC.

The Japanese SoftBank backs a small unit of an insurance company Ping An. It is continuously investing in the research and development of blockchain. The company has eight research institutes and 50 technology labs to use this technology in the financial industry. According to the pledge taken by the company, 1% of the annual revenue will be used for the development of blockchain.

OneConnect has filed blockchain patents in China, and it is working with 200 Chinese banks, 200,000 enterprises, and 500 government and commercial institutions. The company claimed on the FiMAX blockchain technology that it could handle up to 50,000 transactions per second with latency less than 0.5 seconds. It applies the zero-knowledge proof algorithm to secure the data on the blockchain.