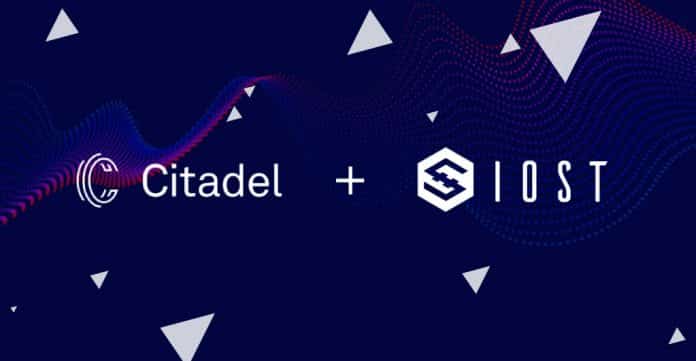 In what could be considered an innovative approach for the IOST wallet portfolios, IOST Partner Node-Paradigm Fund has developed Citadel.one, a non-custodial Proof-of-Stake (PoS) platform for managing and storing crypto assets in a blockchain’s ecosystem.

Citadel hosts a variety of unique, progressive, and useful features, including a multi-asset non-custodial wallet. Let’s discuss those features and their benefits for IOST holders in detail.

With one seed phrase feature, IOST holders can create multiple platform-native wallets for all supported networks. Users can manage these wallets with only one password. Cryptographic secrets are derived from a single master seed, which is generated through a standard called BIP39, using users’ private keys stored encrypted on their device.

IOST users can use their hard wallets to import a public address generated by another wallet. They can also connect their ledger or trezor devices such as Trezor Model T and Trezor One.

Citadel comes with the facility of supporting almost any IOST public address, including those not created on the platform. Using the Citadel platform, IOST users can manage wallets or add addresses to track their activity.

As Citadel is a PoS platform for all supported networks, it enables IOST holders to stake & delegate multi-nodes available on wallets. Users can check their claimable IOST, claim rewards, see the failure of delegation, vote for their favorite nodes, and stake nodes following the chosen stakes.

Citadel has an in-built feature that automatically stakes iGAS or iRAM if IOST holders’ initial balance is insufficient.

It also gives them an insight into yield percentage, market capitalization, staking rate, and more. Users can add wallets by the use of a public key and gain entry to a dashboard without even managing the assets.

One of the most exciting features of Citadel is its smart-voting system that provides IOST holders with information on current and last network submissions as well as allows them to create polls.

Citadel platform holds a lot of promise for IOST wallet portfolios. Crypto asset management platforms are critical to a blockchain’s ecosystem as they offer users a crypto exchange facility with quick and safe crypto swaps. IOST Partner Node Paradigm Fund and its partners are committed to continuing to work toward retaining existing users while bringing more values to their users.