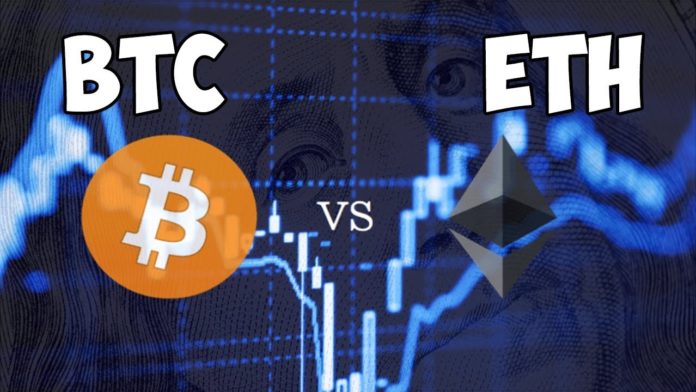 What has come across as a surprise in the industry is the gradual increase in the kind of crypto currencies in the market. Moreover, this has given way to a lot of competition with regards to dominion over this sector. They differ in their behavior patterns in terms of how they influence the changes in the market. For example, Bitcoin has been able to influence the market the most in the past. That is because; any news regarding Bitcoin tends to perpetuate the fabric of the market in a grave manner. However, lately, there has emerged a strong competitor in the field of digital currency.

This competitor is Ethereum. As per the Latest Ethereum News, Ethereum has become a source of great enthusiasm from the crypto currency giants of the world. These crypto currency giants include the Coinbase and Circle; there has been a better show of confidence for Ethereum than it has been for Bitcoin. Bitcoin continues to rule the market in terms of its popularity, but it seems like the major players are showing considerably more optimism for the fate of Ethereum than they are for the position of Bitcoin in the recent times.

A major reason stated by them that has led to this sort of a new found respect for Ethereum is that there has been a lot of activity, “developer activity”, from the market. There has been an increase in the developer activity drastically with Ethereum. Moreover, there has been an increasing interest in the method through which money can be made by the developers. Moreover, there is a lot of flexibility that Ethereum allows its various consumers which is not the case with a lot of other currencies. Ethereum allows the formation of apps, coming up with tokens and formulations of intelligent business contracts. Further on, it has also been learnt that the CEO of CoinBase has more Ethereum than Bitcoin. The optimism from these two giants of crypto currency helps the users decide for them what it is they want to deal with. Therefore, this is a major step forward for both Ethereum in this competition where it is being pitted against a popular currency like Bitcoin. Several experts in the marketing are estimating that Ethereum is “the next big thing”, that is, Ethereum will become indispensible for the business of crypto currency. That is, it will play a larger role in the crypto currency sector. However, as of now, it is quite clear that Ethereum is gradually building its dominion over the market.